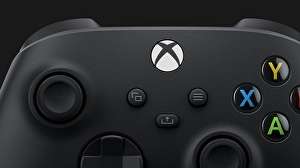 Microsoft has added a new “suspend my game” feature to the Xbox download queue screen. Selecting it will “help improve download speeds”.

The option is appearing now on Xbox Series X/S and Xbox One consoles for those signed up to Xbox’s Insider program, which unlocks new dashboard features early.

“Suspend in the queue will let you download at full speed while making sure your game remains resumable (or quick resume-able on Series X|S),” Xbox engineering lead Eden Marie wrote on Twitter.