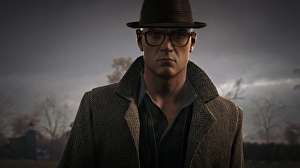 Unlike console players, PC players have to buy Hitman 2 again to unlock its levels in Hitman 3, developer IO has confirmed just five days before the game’s launch.

In a lengthy blog post detailing Hitman 3’s launch, IO explained the game’s access pass system. Hitman 3 lets you access locations from the previous games in the trilogy (Hitman 1 and 2) and play them all under one roof, so to speak.