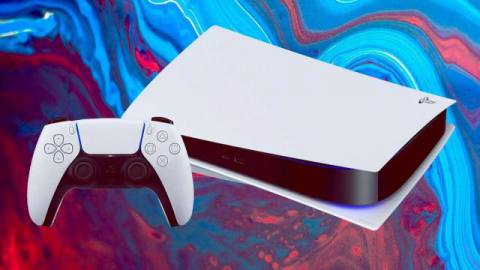 PS5’s second launch day – arriving in Europe and other territories today – has led to issues for many UK retailers, with websites crashing, early orders cancelled, and delivery companies being blamed for potential later deliveries. It’s been bad enough, in fact, that Currys PC World has entirely cancelled its planned launch day sales.Sony has released new stock to UK retailers today, leading to a rush for purchases. Among them is major tech retailer Currys PC World, which, according to IGN sister site Downdetector.co.uk and the IGN UK Deals Twitter account has been suffering websaite problems all morning.

In a blow to those who did manage to access the website, Currys also inadvertently opened its new orders too early this morning, and subsequently cancelled all PS5 purchases made before its intended opening time. After delaying its launch day sales, the retailer has now said that it will no longer sell new PS5s today. We’ve contacted the company for comment:

There will be no PS5s available to buy today.

We know that this is disappointing news, and we are working super hard to get more stock.

Please check our social channels for further updates on availability

It’s been far from the only issue faced by retailers today. Other website crashes have been reported with John Lewis and Currys PC World are experiencing website outages. The IGN UK Deals Twitter account has also reported issues with the website for major retailer Game both facing their own issues, and the later seemingly delaying its release of new stock.

Pre-orders seem to be more smooth, although Game suffered something of a snafu last night. The retailer emailed many waiting for their new console to tell them that courier service Yodel had reached capacity and may not be able to make launch day deliveries. “For reasons beyond the control of GAME,” the email explained, “YODEL have informed us today (18th November) that not all orders due to be delivered by them will be delivered on release day.”

Yodel subsequently responded, saying that it in fact had no delays in its network. “We have been consistently clear on the order volumes we are able to carry for [Game’s fulfilment buisness GFS] and it is deeply disappointing that Yodel’s name has been incorrectly used in an email to customers on the status of orders.”

The issue now appears to have been resolved. Per Eurogamer, Game emailed some customers again to explain that the “vast majority of orders will be delivered [today] with any outstanding orders being delivered on Friday.” This writer has a PS5 pre-order currently on delivery from Game, carried by Yodel, that’s due to arrive later today. It’s unclear how the confusion began.

It’s been a bumpy ride for next-gen launch, from preorder chaos to last-minute delays – and it doesn’t look like stock shortages are going to end anytime too soon.