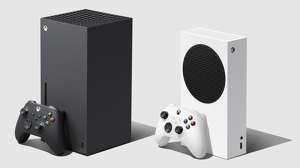 Since the release of both the Xbox Series X/S and PlayStation 5, stories of scalpers and scalping groups have dominated the headlines – with seemingly no consequences for those doing the scalping other than a tasty pile of profit. But now a group of politicians hopes to take action, as several MPs have put forward a motion in UK Parliament to prohibit the resale of consoles and PC parts that are significantly overpriced.

As spotted by VGC, the motion tabled by six Scottish National Party (SNP) MPs calls for the government to introduce legislation to prohibit the resale of gaming consoles and PC components at prices “greatly above Manufacturer’s Recommended Retail Price” (MRRP). The MPs suggest this could be similar in nature to existing legislation for the secondary selling of tickets, which requires sellers to be transparent and avoid misleading customers. The motion also singles out the resale of goods purchased by bots as something that could be made an illegal activity.

So far the Early Day Motion has 21 signatures, but there’s currently no set date for its discussion in the Commons. Early Day Motions are intended to draw attention to topics of interest, meaning this is more a call for debate than a commitment to introduce legislation, but the fact it’s been brought up is still noteworthy. Perhaps one day we’ll see this introduced as a bill, but first we’ll have to see whether MPs are interested in creating legislation to tackle the problem. So far it seems no Conservative MPs have signed to support the motion, which isn’t brilliant news considering they’re the ones currently in government.