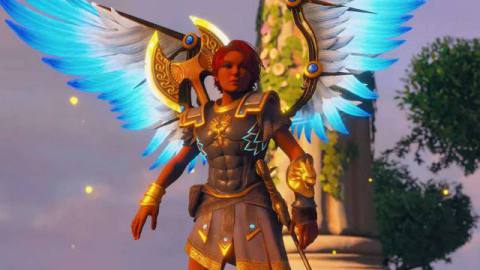 Ubisoft’s next big release Immortals Fenyx Rising may not even be available yet, but that hasn’t stopped the third-party video game giant from revealing its post-launch DLC plans.

There’ll be free in-game events, weekly dungeon challenges and daily quests. On top of this, there’ll be a season pass – featuring new environments, heroes and “fresh” gameplay. Owners of the season pass will also receive the following bonus quest: When Roads Get Rocky.

Here’s the full breakdown of the season pass, courtesy of the PR (along with a trailer above):

A New God – Fenyx will embark on a new adventure set in Olympos Palace, home of the gods. This journey will require Fenyx to overcome the Trial of the Olympians, immersing players in beautifully crafted and challenging vaults built by the gods, in order to join the Inner Circle of the Pantheon.

Myths of the Eastern Realm – Set in Chinese Mythology, the game’s second episode will introduce a new hero, Ku, who sets out on a journey to save mortals in a new mystical land at the frontier of the Sky and Earth. Players will need to master Ku’s unique fighting style and abilities, inspired by Chinese martial arts, to defeat new enemies and monsters from Chinese mythology.

The Lost Gods – The third and final episode will feature top-down gameplay, all-new brawler combat and a new hero, Ash, chosen by Fenyx to bring back the lost gods. The episode will take place on a new mysterious island where players will explore regions inspired by these lost gods, to restore balance on Earth.

The season pass is included with the Gold Edition or you can purchase it separately for $39.99. What do you think of this post-launch DLC? Leave a comment down below.