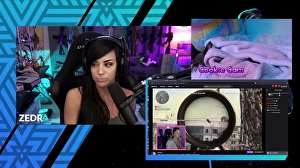 Two Call of Duty: Warzone cheaters were banned on Twitch after the actress behind in-game character Mara called them out on Twitter.

Mara is a Warcom operator character in Call of Duty: Modern Warfare and Warzone who was released as part of the battle pass during the first season of Infinity Ward’s shooter in December 2019.

The actress behind Mara is Alex Zedra, who took to Twitter to expose two cheaters – a boyfriend and girlfriend couple – who were using aimbots in a Warzone tournament played on Friday, 12th March.