The previously leaked Tomb Raider: Definitive Survivor Trilogy is now available on both Xbox and PlayStation, and it appears to be up for grabs at a hugely discounted rate, too.

Previously leaked on the Microsoft Store, Tomb Raider: Definitive Survivor Trilogy is now actually available for purchase on both the Xbox Store and the PlayStation Store.

Interestingly, the collection hasn’t even been formally announced either by publisher Square Enix or developer Crystal Dynamics. But we imagine it’ll get a dedicated section in today’s Square Enix Presents livestream.

“Follow Lara on her formative journey across the world, starting in Tomb Raider trapped on the shrouded island of Yamatai off the coast of Japan, to the harsh Siberian tundra hiding an immortal secret in Rise of the Tomb Raider, and finally to the mountainous landscape of Peru to uncover a cataclysmic power in Shadow of the Tomb Raider,” reads a description of the collection.

“With all the definitive edition content from each game, this Trilogy promises dozens of hours of breathtaking exploration, challenging puzzle-solving, and survival combat with Lara as she becomes the Tomb Raider she was destined to become.”

The Trilogy collects all 22 pieces of DLC released between all three games, and if you’re interested, you can pick each of the discounted expansions up individually at the moment, too.

If you’re hungry for more Lara in the future, Square Enix has teased a new game in the series that will ‘unify the classic and modern timelines‘. 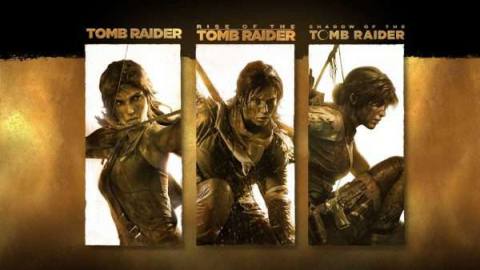