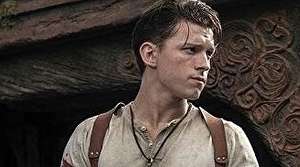 You’ll have to wait a while longer to watch Uncharted in cinemas, since Sony has now delayed Tom Holland’s film debut as Nathan Drake until 2022.

Uncharted’s long-awaited movie version was previously set to arrive in October this year, before Sony optimistically brought its release forward to July.

Sony’s release date shuffle is part of a new wave of film delays, begun overnight by a third postponement of the upcoming James Bond, and of course all caused by the impact of COVID on cinemas being open.