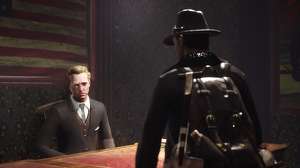 The developer of The Sinking City has forced its own game off Steam with a DMCA takedown.

Frogwares issued the DMCA takedown to Steam owner Valve after publisher Nacon uploaded a version of the game for sale. The Sinking City’s Steam page is now offline.

Frogwares and Nacon are embroiled in a bitter legal battle over control of horror adventure The Sinking City, which has been published on and pulled from Steam a raft of times in recent years.