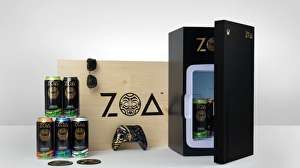 Everyone knows Xbox Series X looks like a fridge. It’s a fact Microsoft has previously acknowledged, and made into reality with a series of enormous promotional chillers shaped like Xbox Series X it shipped to people like Snoop Dogg.

Now, Microsoft has announced a partnership with Dwayne “The Rock” Johnson to create smaller fridges shaped like Xbox Series X but sized a lot closer to the console itself.

Why The Rock? Well, the wrestler-turned-movie star just so happens to have created a new energy drink, Zoa, to store in said fridge, and he’s keen to get the gamers onboard.