Game Pass gives fringe titles the chance to find an audience, and people the opportunity to discover new experiences.

There’s a strong argument that Game Pass doesn’t excuse bad games. The point being that you shouldn’t put up with and play through bad games simply because they are on the service you’re already paying for. Time is valuable, and you don’t want to spend it on something that doesn’t enrich you in some way. Game Pass doesn’t suddenly make a ropey game worth your attention. What it does, however, is give divisive games a better chance to find an appreciative audience. The Medium is one such game.

I really rather enjoyed Bloober Team’s slow-burn, walking-sim-like horror, its dual worlds mechanic adding some next-gen flair to some rather old-school gameplay. But not everyone thought this. Reviews are all over the place, and it’s an absolute certainty that this split in opinion will carry over to the gaming public who give The Medium a whirl.

The Medium isn’t a full-price release, but it’s still $45, which is a lot of money to spend on something that you’re not sure about. Before Game Pass a lot of people would simply never play The Medium. It might be their kind of game, but a digital release with limited refund options is a risky buy. Bloober titles have been rather mixed to date (I enjoyed Layers of Fear but didn’t think much of the studio’s other titles), so you can’t bank on their games being up to a certain standard – at least not yet.

Game Pass essentially removes the need for your brain to put a sense check on your spending. The Medium and other AA, B or even C-tier games are now able to be tried out risk free. As I said at the start, I’m not suggesting you throw all caution to the wind and pump hours into rubbish (although the games on Game Pass are largely at least decent), but games that were on the fringe, on the line between buy and not buy, suddenly become an easy option when they’re on Game Pass. 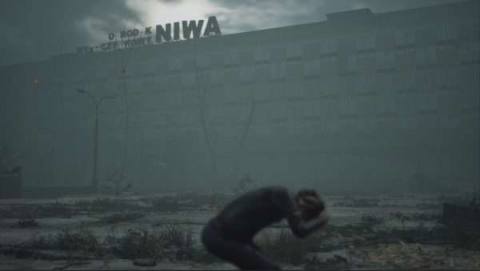 Microsoft announced a truck load of games coming to Xbox consoles this year, many of which will be hitting Game Pass, but most of which aren’t what you’d call stapled on certainties when it comes to reaching a mass audience. Flight Simulator is due over the summer, which could well be the most divisive game coming to consoles. My sensible head tells me that throughout history I’ve bought multiple flying games, and pretty much found every one of them to be extremely dull – even the ones with guns. But a part of my brain that loves fancy graphics is very keen to fly over my house, my old school, my university, the place I went on holiday when I was 12, the cities featured in Project Gotham Racing 2, and more.

I’m not paying $50 for Flight Simulator, but I’ll download it on Game Pass and fly over Edinburgh. Who knows, I might find out that I love flight sims now and end up spending money on expansions. It’s a win for me, and a win for Microsoft.

That’s the beauty of Game Pass. If something looks even the slightest bit interesting to you, you can try it out. You don’t have to spend your gaming life playing safe with the big hitters, the by-the-numbers, polished-by-focus-groups, 10-studio-co-developed 8/10s. They will still be there, but maybe try something a bit different now and again.

Elsewhere on the site we’ve got plenty of guides to get you through the tricky parts in The Medium. How to get inside the Niwa Resort, solving the Door Code number puzzle, getting past the water Tanks in the pump station, and the solution to the Vase puzzle.

The post The Medium is the latest example of Game Pass’s brilliance appeared first on VG247.