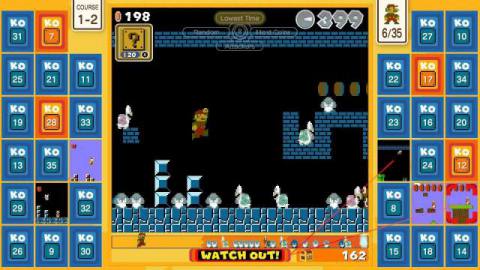 Nintendo’s Switch Online game Super Mario Bros. 35 might be a “limited-time” release, but that hasn’t stopped it from regularly receiving updates.

With this in mind, version 1.0.2 has now been released – it makes a number of fixes and adjustments, and improves the overall gameplay experience.

The previous update, which was released in the first half of October, also fixed a number of issues with the game to enhance the experience.

Have you downloaded the latest update for Super Mario Bros. 35 yet? Noticed anything else? Leave a comment down below.