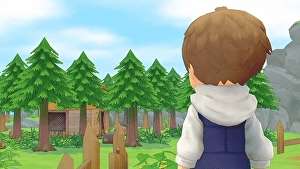 As if Story of Seasons’ feverishly compulsive farm-life vortex wasn’t enough of a time sink on its own, the latest entry in the long-running series – Story of Seasons: Pioneers of Olive Town on Switch – is getting an expansion pass, adding even more distractions post-launch.

The expansion pass will deliver five monthly updates following Pioneers of Olive Town’s launch on 26th March in the UK, many drawing inspiration from previous games in the Bokujo Monogatari, which celebrates its 25th anniversary this year.