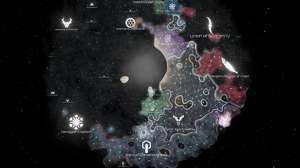 Finally had enough of those pesky neighbouring empires in Stellaris and dreaming of a way to give them the ultimate comeuppance? Then you might be intrigued by the sci-fi strategy game’s next expansion, Nemesis, which finally gives players the ability to embrace their inner evil, rise up, and wipe the entire galaxy clean off the map.

Nemesis takes a familiar Stellaris end-game mechanic – in which the galaxy is plunged into crisis by invading AI forces who’ll either perish in bloody battle or eradicate all known life – and switches it up so that players can become the source of the crisis themselves.

To reach that point, however, they’ll first need to perform nefarious deeds and accrue Menace. This is used to ascend through the ranks of evil, eventually unlocking the Aetherophasic Engine – a doomsday device powered using dark energy harvested by eating the stars.