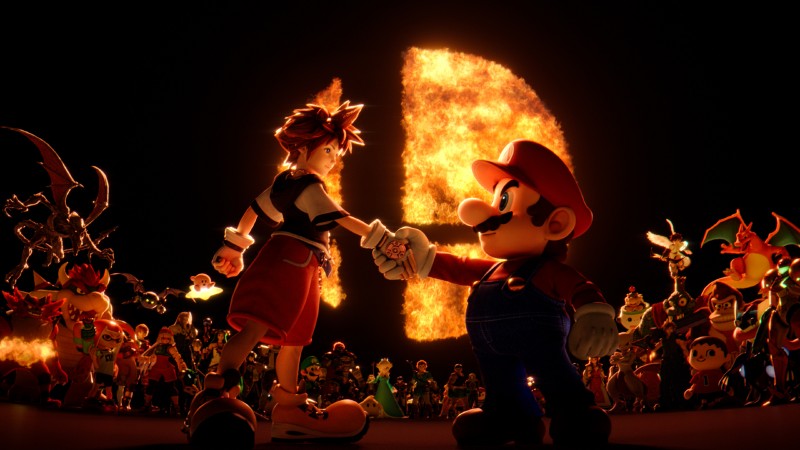 Sora’s inclusion in Super Smash Bros. Ultimate is so much more than just another fighter – he’s director Masahiro Sakurai’s goodbye to a franchise he created decades ago.

Sakurai revealed yesterday that Sora will be the 82nd (technically 89th if you count Echoes) and final fighter joining the roster. It was a momentous occasion for all of games, something the director hinted at in a tweet made the day before Sora’s reveal.

One more day until the last DLC fighter for Super Smash Bros. Ultimate is announced.
Whether you’re a Smash Bros. player or simply love games, make sure to tune in!https://t.co/gV1B8eYROw

With room for just one more fighter in the roster, which might turn out to be the last fighter ever designed by Sakurai, this character had to represent more than just another pick in the roster. They had to represent everything that Super Smash Bros. as a franchise is about, and if there’s one thing Sakurai has made clear, the series is about celebrating games.

He’s not quite a Mario, but it’s clear Sakurai understands that to some players, Sora is their Mario. Hear me out: Mario first appeared in 1981, which means he’s roughly 40 years old. For players that grew up in the ’80s and ’90s, Mario was their guy and Mario’s popularity has only continued to grow since then. He’s one of the most recognizable video game characters of all time.

For many, Sora was their first introduction to games and Square Enix’s collaboration with Disney in Kingdom Hearts helped make that happen. Sure, Kingdom Hearts looked like a fun video game all on its own, and for those already interested in RPGs, it was sure to be a game to pick up. However, for those not yet into video games, or for those just dipping their toes into the water, Kingdom Hearts’ heavy reliance on Disney characters and worlds surely grabbed attention.

When Kingdom Hearts first released, I was 7 years old. I loved Mario and other classic games but RPGs weren’t completely my thing yet (they are now though!). As a fan of Disney like any other 7-year-old, all it took was seeing this cool character with lots of zippers and a sword shaped like a key fighting beside Mickey, Donald, and Goofy to make me promptly beg my parents for Kingdom Hearts.

And I absolutely adored everything about the game. I played it over and over, not wanting my time with it to end. And then more Kingdom Hearts games released and even more after that and now, at the age of 26, I’ve got enough Kingdom Hearts to cover hundreds of hours of play. Sora, in a way, is my Mario and it feels like Sakurai knew this. He knew that for many, Sora is a Mario and all one needs to see is the Sora reveal trailer to recognize that.

When the trailer begins, it’s a clear callback to the very first “Everyone is Here!” reveal trailer for Smash Bros. Ultimate. We see the Smash logo drop into a single flame (we all thought this was something Dark Souls, right?), and then we see our beloved fighters sitting atop their Amiibo stands like toys. Much like the antagonistic minions of Kingdom Hearts, these fighters are heartless. I don’t necessarily think Sakurai is trying to say that, per se, but it is a callback to the original idea of Smash Bros – these fighters are toys, doing as we wish through our Nintendo 64 controller.

However, one character awakens: Mario. He then proceeds to grab a Keyblade out of the fire and if we’re going by Kingdom Hearts rules, he’s able to do that because he has a heart. He tosses the Keyblade through the air and Sora appears. It’s no coincidence that Mario is the one able to wield a Keyblade. He’s the heart and soul of Super Smash Bros., and really, everything that Nintendo stands for.

There are those that don’t like Kingdom Hearts and that’s fair, but I’d be surprised if you found someone whose problem with the series is Sora. He’s a pure, naïve, innocent, and ultimately good person who serves as our continuous window into other characters and worlds we’ll always love. Just as Mario serves as our tour guide through the Mushroom Kingdom and the person with which we meet beloved characters like Luigi, Peach, and Toad time and time again, Sora is our guide into Kingdom Hearts, its worlds, and its characters. He always will be.

Sora needed to be the final character of Smash. This very well could be Sakurai’s final Smash – although he says every Smash is his final one – but something about this time feels more real. How do you top Ultimate? I’m not so sure you can and I think Sakurai knows that.

If Mario, the plumber that started it all, opened the door to Super Smash Bros., it feels right that Sora, the boy who became the Mario for so many, be the one to close it (and lock it with his Keyblade).

Are you excited about Sora being the final fighter added to the Super Smash Bros. Ultimate roster? Let us know in the comments below! 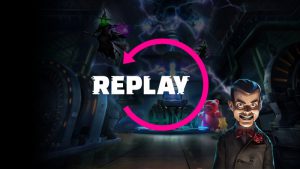 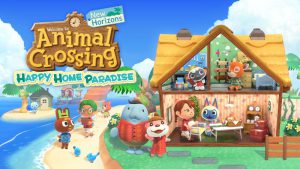