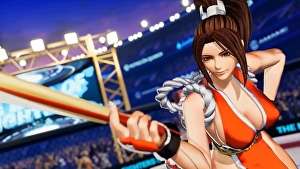 SNK has revealed the debut trailer for King of Fighters 15.

The trailer, below, confirms Mai, Kyo, Leona, K’, Benimaru and Shun’ei all return. King of Fighters 15 is due out at some point in 2021. Platforms are yet to be announced. SNK said it will reveal more with a new trailer on 10th January.

Producer Yasuyuki Oda and creative director Eisuke Ogura offered some comments on King of Fighters 15 in a longer SNK video published yesterday. Ogura says “we’re focusing on keeping the series’ staple of being fast-paced while also adding elements to make it more exciting”. That’s not much to go on at this stage!