The featured creature for this April’s Pokemon Go Community Day will be Snivy, the Grass Snake Pokemon.

Pokemon Go Community Day will be held on April 11 from 11am to 5pm local time. 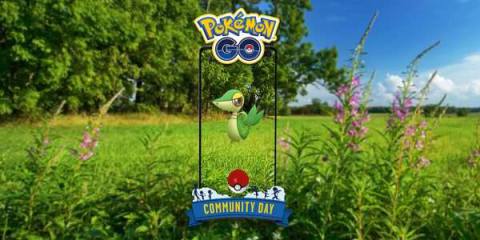 During this time, Snivy will be appearing more frequently in the wild. If you’re lucky, you may encounter a Shiny one.

Evolve Servine (the Evolution of Snivy) during the event or up to two hours afterward to get a Serperior that knows the attack Frenzy Plant. You should also take a few snapshots during Community Day hours for a surprise.

Also, for $1 or your regional equivalent, you’ll be able to access the Snivy Community Day–exclusive Special Research story, Snivy in the Sunshine.

Bonuses during Community Day will be 3X Catch Stardust, and incense activated during that time will last for three hours.