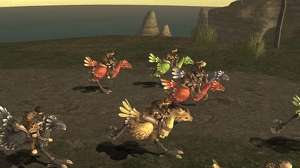 Leaked screenshots of the reboot emerged a year later, but the game sailed right through its originally planned 2016 release window with barely a peep. Since then, news on the project has been sparse, but now, some six years after the game’s unveiling, Square and Nexon have finally confirmed what many had long suspected: development has officially ceased.