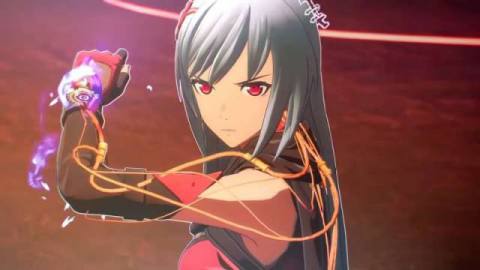 Scarlet Nexus is set to take action fans for a trip this summer when it launches June 25. Bandai Namco also dropped a new trailer highlighting Kasane, one of the game’s two playable protagonists, as well as a pair of special editions filled with additional goodies.

If you’ve been keeping up with Scarlet Nexus, you know it’s a stylish action game featuring a dual narrative starring two characters. Humanity has discovered that some of its members are born with extra-sensory abilities (known as Psionics) and are promptly invaded by hostile aliens known as the Other. It’s up to the Other Suppression Force, a Psionic-filled defense force, to repel the Others and save the world. Players can control either Kasane Randall, an OSF scout possessing the power of psychokinesis, or Yuito Sumeragi, a plucky OSF recruit. A new trailer focusing on Kasane in particular gives a glimpse into her story.

Scarlet Nexus is coming to PlayStation 5, Xbox Series X, PlayStation 4, Xbox One, and PC. On top of the standard game, Bandai Namco has a couple of special editions of the game too.

First up is the Deluxe edition. This digital-only version bundles the base game, a digital art book, the game’s soundtrack, and in-game goodies like the special battle attire set  -Red-, “The Other” cosmetic item, and SAS Plug-in. If that’s not enough for your, then feast your eyes on the Guardian edition. This bad boy comes with all of the digital items from the Deluxe Edition as well as three Art Prints, Hardcover Art Book, OSF Sticker, Steel book. 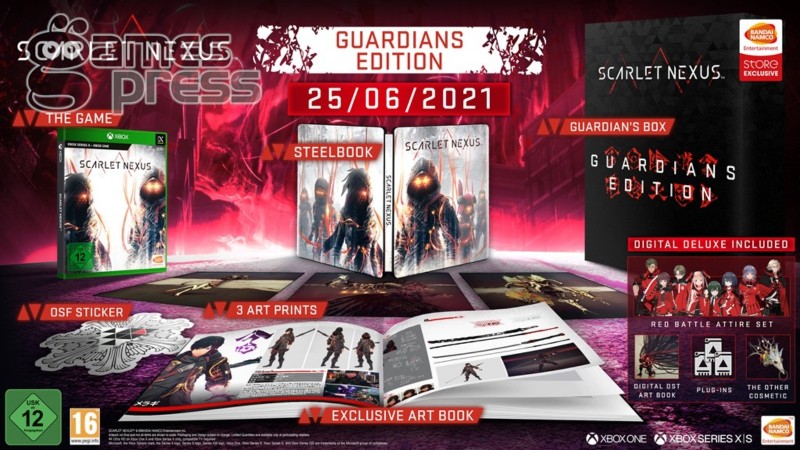 In case you missed it, Scarlet Nexus has an anime in the works too so you know Bandai Namco is going all in on the IP.  Are you interested in giving the game a shot? Let us know down in the comments!