I know, I know. That’s a bold claim, particularly from someone like me – someone who naturally shuns the bright, Day-Glo glory of platformers to shuffle around, scared and confused, in the shadows of horror games. It might be the very antithesis of what I purport to love, but Sackboy: A Big Adventure’s bite-sized dollops of fun and unadulterated loveliness are as irresistible as they are charming, and, quite frankly, it’s exactly what I need right now – maybe even what the world needs right now.

It won’t be the story that bowls you over, though. While well-written, it’s the usual fare – bad guy (Vex) is trying to take over the world; good guy (you, as Sackboy) is trying to stop him – but it’s an entertaining enough romp, with Dawn French, Richard E. Grant and Simon Greenall (the inimitable Michael from I’m Alan Partridge, although you may know him better as that bloody Meerkat) all lending their voices to sculpt an affable cast of cheeky characters.

Yet it’s one of those games where the journey itself is infinitely more enjoyable than the destination. Yes, there’s a final goal to hop, skip and jump towards, but because there’s no throbbing sense of urgency to get there, you’re free to enjoy the ride – and what a ride it is.

Every inch of Sackboy: A Big Adventure has been carefully and affectionately sculpted to look homemade, its visuals masterfully twinned with a stunning score of new and familiar tracks. Each level is stuffed with colour and texture and sports its own hand-stitched-with-love touches, from the tough corduroy making up the pink and aquamarine palette of the ocean floor to the overhanging felt flora of the lush, vibrant jungle. It’s not possible to be fatigued of the scenery because it’s forever changing, recycling different tones and materials as it beckons you ever onward towards the winner’s podium and yet another shiny foil trophy.

It’s excellent at reinventing itself, too, ensuring there’s never enough time to become bored by repetitious mechanics. There’s a boomerang that can grab – and thwack – things from a distance, plus the delightful swingamajig which enables you to grapple around like Nathan Drake (albeit a Nate without the one liners and flagrant disregard for the preservation of historical sites).

Some levels move on rails, endlessly propelling you from one side of the screen to the other in a race to keep up. Others are static and move only at your own pace. Some delight in verticality, perhaps inviting you to leap upwards in search of another secret doorway. Occasionally, the sticky substance on Sackboy’s feet will enable you to climb walls, leaving honeyed footprints in your wake. Other times, you might be tasked to locate – and eventually herd up – missing creatures that have roamed too far from home. Because you’ll only use one tool per level – if at all – there’s no opportunity to become overfamiliar with it; before long, you’ll have moved onto something new again.

Like many of the LittleBigPlanet games that came before it, Sackboy: A Big Adventure is one of those platformers that’s easy enough to play, but tricky to master. While not quite as finger-twisting as the offerings in the main franchise, it should provide just enough challenge for the completionists without feeling unduly punishing to beginners – a balance that’s tricky to strike, let’s face it. Chuck in the Knitted Knights trials – which I’m predictably terrible at – and it’s a game that should admirably unite the whole family this holiday season regardless of how disparate the skill levels are.

To progress, you’ll need to work your way through the overworld map, completing each individual level and pick up Dreamer Orbs, the shiny marbles you require to unlock boss fights that’ll move you onward to the next delicious collection of challenges. Not once did I need to grind levels in search of missing orbs as I always seemed to have just enough, but I suspect that’s due to Sumo’s creative design rather than any competency on my part. At their best, the boss fights are accessible; at their worst, they’re insultingly easy. But thanks to the excellent visual language and unsullied telegraphing, they won’t hold anyone up for long.

But mostly? Mostly it’s the extraordinary pairing of music and visuals, and mostly mostly, it’s the music stages that have killer tracks sewn into the very fabric of them, where everyone and everything bobs about in time to Motown Funk or Let’s Dance and each new checkpoint treats you to the next verse of the song. I found myself racing across the overworld to find the next Choral Reef or Treble in Paradise, relishing every second, replaying them over and over just to wring out every last drop of enjoyment. In fact, many levels feature the subtle reimagining of iconic tracks – I’m pretty sure there’s a homage to Futurama in there somewhere? – and it’s so joyous. So pure. So utterly wholesome. You’ve a stonier heart than me if you can sit through Beat the Heat’s Jungle Boogie and not crack a smile.

It’s even got me trying on the cute costumes, too. I’ve never been one for dressing up – hands up the I-play-as-a-default-protagonist-even-when-there-are-customisation-options crowd (It’s not just me, right?) – but oh my, Sackboy’s costumes are simply too adorable to snub. I’ve run about the place as a caterpillar and a punk rocker and a 70s Las Vegas singer and a festival demon and they’re so obnoxiously cute, I can’t believe I’m even telling you about them, let alone spending hours hoarding collectabells – bells that are collectible! – to buy more of ’em.

It’s not flawless, mind. Sometimes leaping and grabbing with R2 doesn’t always anchor you like it should – which is super frustrating if you’re away from your last save point and running out of extra lives – and the shift to 3D may occasionally see you misjudge a jump courtesy of the skewed perspective. Sackboy veterans may find themselves yearning for level creation – I can only begin to imagine the delights the community could bring to proceedings – but these are tiny, inconsequential things, really, given the magic of the game proper. For every one flaw, ten things brought a smile to my face.

No, it’s not incredibly ambitious. No, it doesn’t necessarily bring much that’s new, even if it does make fair use of the DualSense’s haptic feedback, and it’s unlikely to outstay its welcome with a 10-ish hour run time. But that doesn’t matter. Sackboy: A Big Adventure doesn’t rely on gimmicks because it doesn’t need them thanks to its gorgeous set-pieces, gentle puzzling, forgiving platforming, and meticulous level design.

Don’t overlook this joyous explosion of colour and charm – I very nearly did, and I’m kicking myself for it. 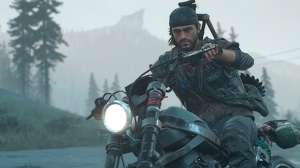 Days Gone writer says if you love a game, you should buy at full price