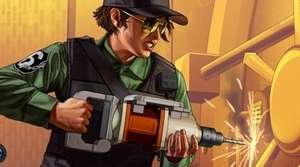 Rockstar has confirmed it’ll be releasing an update that officially implements a recent fan-made fix to reduce Grand Theft Auto Online’s painfully long load times by up to 70 percent.

At the tail-end of February, a programmer going by the name of t0st did a little probing into GTA Online’s notoriously protracted load times – ones that can leave players waiting upward of five minutes to start a game – and made a number of fascinating discoveries.

The full story has been handily transformed into something approaching layman’s terms by Digital Foundry’s Will Judd, but the quick version is that a quirk of GTA Online’s loading processes saw it performing nearly 2 billion (largely pointless) item checks before each game.