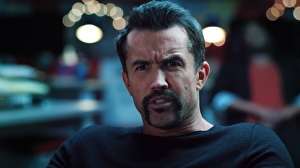 Mythic Quest, the game development comedy from It’s Always Sunny in Philideliphia’s Rob McElhenney and Charlie Day, returns to Apple TV+ this Friday, 16th April, with a standalone special, ahead of a full second season in May.

Mythic Quest, if you didn’t catch the first season, is a workplace comedy charting the misadventures of the staff at a fictional game development studio working on the massively popular MMO of the title. McElhenney stars as creative director Ian Grimm, alongside the likes of Ashly Burch, Charlotte Nicdao, Danny Pudi, and David Hornsby (Always Sunny’s Cricket).

Season 1 trundled along amusingly enough for its first couple of episodes but really hit its stride with its left field fifth instalment, A Dark Quiet Death, a beautiful mid-season palate cleanser that, to my mind at least, ushered in a much stronger second half with some fantastic character work and a surprisingly big heart – all culminating in a wonderful coronavirus special. And given that dramatic upward tick, I’m genuinely curious to see how the show will continue to evolve. 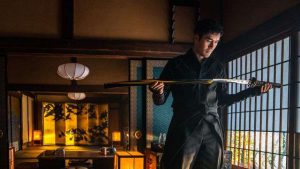