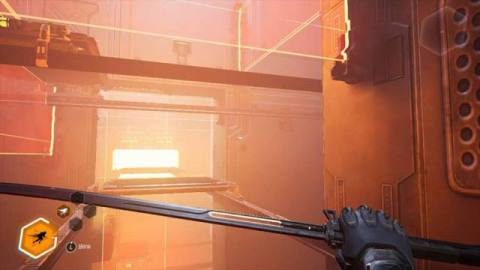 It seems the cyberpunk genre has seen something of a resurgence in the indie game scene lately, no doubt spurred on by CDProjektRed’s anticipated tentpole release which now appears set to launch somewhere in the actual year 2077 (only kidding, of course! It’s sure to be here by at least 2055). Ghostrunner is the latest in this hi-tech, low-life lineage, promising to place you in the shoes of a badass cyborg ninja as he slices and dices his way through hordes of baddies with style and aplomb. However, though Ghostrunner does deliver mostly on that promise, it comes with some big caveats (especially in the Switch version) which unfortunately hold it back from being something truly great.

Ghostrunner’s story is rather straightforward, which can be a positive or a negative depending on how you look at it. You play as the titular Ghostrunner, a cybernetic ninja who has conveniently misplaced his memory, trapped at the base of an industrial tower which supposedly acts as the living quarters for the last surviving members of the human race. At the apex of this Tower of Babel is the enigmatic Mara, an evil ruler who needs to be deposed because she’s an evil ruler, and you’re guided on your murderous journey to the top by voices in your head who swear they’re on your side. 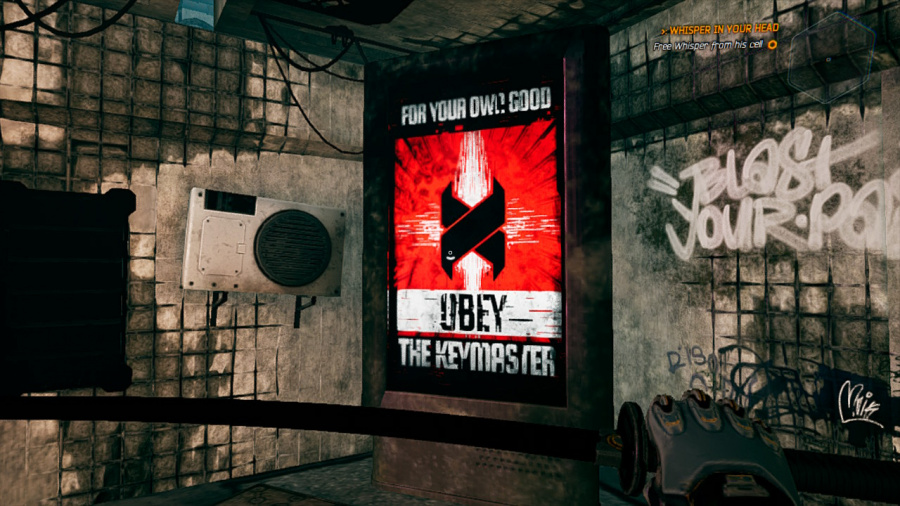 The narrative is fine for what it is, but it does tend to flog conventional tropes of the cyberpunk genre a little too flagrantly at times. Players can expect plenty of eye-rollingly vague references to Very Important Things (which are always capitalized) and cynical speeches on the downfalls of classism and wealth inequality. All of this is played completely straight, without the vaguest hint of humour or lightheartedness, and this can make for a rather drab story. Why should we care about the Ghostrunner’s quest? Well, because everyone at the top is living in luxury and it’s time for the people to take back what’s theirs! All that’s missing is an extended pseudo-philosophical monologue from an AI on what it means to be ‘more than human’.

Still, it’s rather obvious that the focus isn’t much on telling an elaborate tale, so it’s difficult to fault Ghostrunner too much for any deficiencies there. Ghostrunner is a title which puts its gameplay front and centre, and it luckily does a pretty decent job with this. The typical flow of a stage is a bit like a 3D rendition of Katana Zero, with a bit more freerunning thrown in for good measure. Your ninja has an intensely lethal “monomolecular blade” which is capable of dispatching enemies in a single swift stroke, but the enemies have similarly effective guns. One wayward blast from an opponent still standing is fatal to your ninja, and sends him back to the checkpoint at the start of the encounter. To counter this, your greatest asset is the ninja’s high mobility, as he nimbly runs along walls and grapples between points. 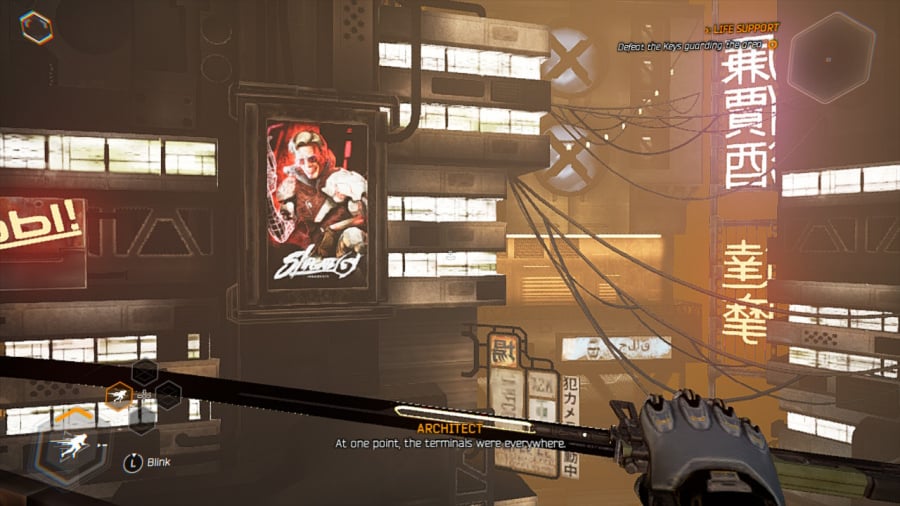 This high-risk, high-speed gameplay makes each encounter tense and razor-sharp, as nothing but perfection is tolerated before you’re granted access to the next room. One miscalculated dash angle or jump will likely result in your ninja eating a faceful of laser fire and dying a horrible death. There are some factors you can work to your advantage – like temporary pickups or equippable abilities – which can help give you an edge in combat, but Ghostrunner is very much a ‘put up or shut up’ kind of game that demands you play it a very specific way or not play it at all. Naturally, some will be attracted to this high level of difficulty while others will be put off, though we feel it bears mentioning that Ghostrunner tends to lean more towards the frustrating end of high difficulty than the rewarding end.

The issue at heart here is the lack of control one feels in a given combat encounter. Often, there are multiple routes one can take to dispatch all the baddies in a room, and you’re expected to figure it out as you go. This sounds good conceptually, as many players welcome the opportunity to improvise and think on their feet, but Ghostrunner seems to take a little too much pleasure in punishing mistakes. Finally killed that guard? Too bad you didn’t turn around fast enough to kill the one behind you. Did you make it onto that wall you can run along? You should’ve taken the other wall, here’s an undodgeable laser blast. 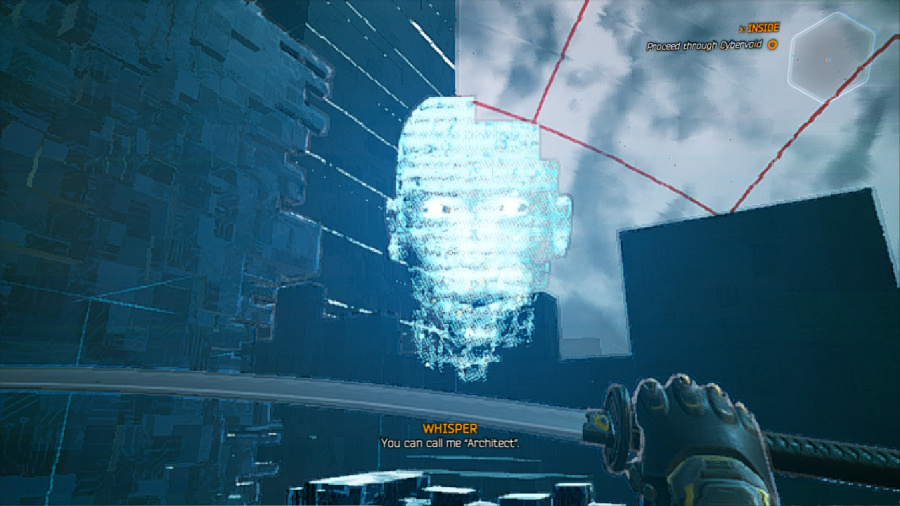 While the sting of defeat is softened quite a bit by the ease of near-instant reloading of checkpoints, many combat encounters can quickly become an exercise in frustration. You’ll have a route you know works and you’ll know it forward and back, but there’s almost always something that doesn’t quite line up right which torches the whole thing. Success, when it finally comes, feels less like a legitimate accomplishment and more like a lucky break. You don’t feel a fulfilling satisfaction, just an exasperated relief.

Such matters are worsened by the poor performance of this Switch version, regardless of whether you’re playing docked or handheld. Those buttery smooth 60FPS on other platforms is replaced by a shuddering 15-30FPS range here, depending on how busy the screen is. In a game as unforgiving as Ghostrunner, this drop in performance can prove to be quite fatal, throwing off the movement and visual cues that usually spell the difference between victory and defeat. It’s not all bad; for the most part, it seems like Ghostrunner is at least hovering somewhere over 20FPS, but this is a title which seldom feels like it’s performing at its best. 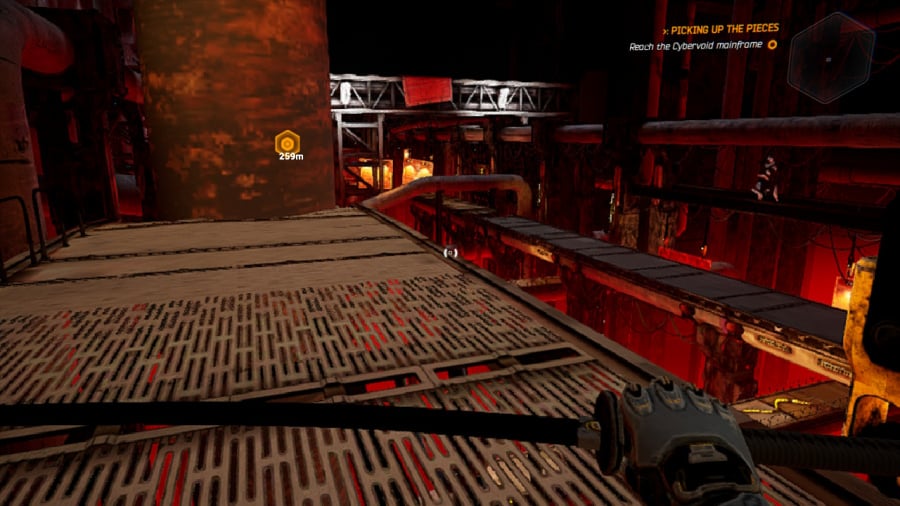 For what it’s worth, the visuals make the transition to Switch reasonably well. The industrial cyberscape of the tower you climb is rife with neon colours and random Japanese Kanji characters, making for a cohesive visual style that remains faithful to the cyberpunk genre. Viewing character models or textures up close is certainly not too easy on the eyes, but you’re moving so fast through these locales that the details just sort of melt away. One factor we feel bears mentioning, however, is the comically tiny text in menus. It’s admittedly a rather small (heh) part of the game, but be prepared to whip out a microscope every time you attempt to navigate the inventory menu; it’s abundantly clear the developers designed this UI for much higher-res devices.

Those of you not put off by the difficulty or performance will find that there’s a decent bit of content to fire through in Ghostrunner. The main journey should take about ten hours to clear, and that’s not including any backtracking you may want to do to find collectables tucked away in various nooks and crannies in each level. Your performance on each level is ranked according to time and death count, which is then shared with a leaderboard, so there’s always a concrete goal which you can attempt to surpass in a subsequent run.

This is helped, too, by the inventory system, which features a light Tetris-esque puzzle for equipping upgrades to your ninja. Each weirdly-shaped block represents a new passive buff, like an extra charge for one of your abilities or a greater dash length. You can’t fit everything in there at once, which encourages you to try different ‘builds’ by prioritizing different facets of your ninja to see how it changes your playstyle. This equipment system doesn’t do much to massively change your interaction with the gameplay, but it nonetheless helps to introduce some greater variety and a soft sense of progression.

So, should you buy Ghostrunner? Maybe. This is a punishingly difficult game by most metrics, but those of you who like a worthy challenge will find plenty to love here. Blink-and-you-miss-it gameplay and some light replayability elements make for a title that at least proves itself to be worth the price of admission. That being said, rough performance and some occasionally unbalanced difficulty can make for an experience that’s often more frustrating than it is fun. If you have another console which can run Ghostrunner, we’d recommend you pick it up there unless you really want to play this one on the go. Otherwise, this game is worth your time – but perhaps wait for a sale before you rush out to pick it up. 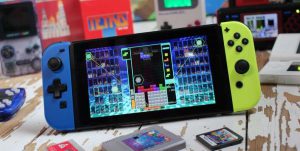 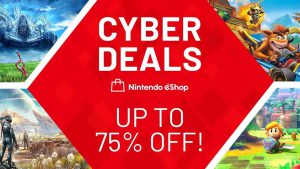