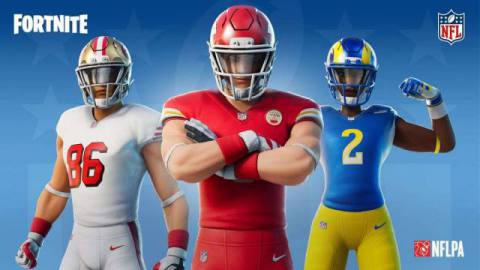 In a joint press release, both Epic and the NFL laid out a few details about the new skins and characters that’ll be hitting Fortnite on November 25. But first, take a look at some of the new skins courtesy Fortnite leaker iFireMonkey.

Here is the image of the new NFL outfit design!Thanks @onnyourmind for sending me this 💚 pic.twitter.com/5igQTMg3dxNovember 23, 2020

The NFL skins definitely look a little sleeker than their Chapter 1 counterparts, which were obviously built with that older aesthetic in mind.

32 new NFL skins representing every team will be available on November 25 in the Fortnite item shop. Each team gets two styles to select from, presumably a home and away skin. Epic is also adding something called a “Logo-a-go-go” back bling for players that will let you show off any team logo on your backside. I shudder to think of my Chicago Bears wearing Packer green, but alas, Epic is certainly crazy enough to let me spend money on it.

Players will also be able to customize the number on their jersey and add a reflective visor to their helmet.

It sounds like the NFL is more than happy to continue collaborating with Epic, promising future tie-ins. That’s good news, considering that Epic felt compelled to refund players who complained about Washington’s team name being removed.

Don’t forget to check out the rest of our Fortnite news and guides. Epic just announced huge news regarding the season 4 Galactus event. 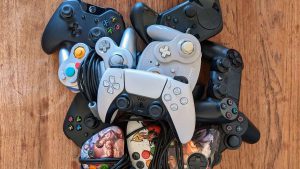