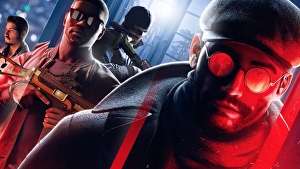 Crimson Heist’s flagship addition is new operator Flores, a “sly and tactical” Attacker character hailing from Argentina. Flores uses an AR33 or SR-25 as a primary weapon and a GSH-18 as a secondary weapon, and comes equipped with a new gadget know as the RCE-Ratero Charge. This small, remote-controlled device can be set down and driven across the map for a limited before it detonates in a powerful explosion.

Notably, Flores is the first operator to be made available as part of Rainbow Six Siege’s battle pass, and those that purchase the Premium tier will gain immediate access to the character. Other players will be able to unlock Flores with Renown or R6 Credits starting 30th March.