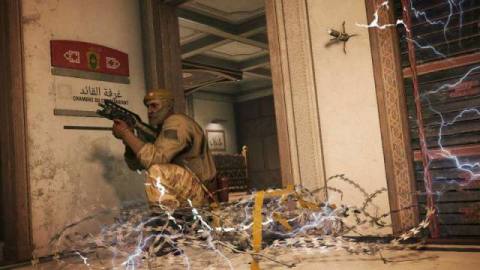 If you’ve always wanted to check out Rainbow Six Siege, Ubisoft’s successful 5v5 shooter, you can download it and play it for free starting today and running until March 24 at 11:59 p.m. PT. All player progress made during this time is retained and can be continued if the game is purchased after this time. This free-to-play window is only offered to Xbox Live Gold and Xbox Game Pass Ultimate members.

Rainbow Six Siege isn’t in the spotlight as much as Call of Duty or Fortnite but has long been one of the most popular competitive games out there, specializing in intimate and intense battles that see teams breaching or protecting areas.

Starting today, you can also check out Codemasters’ Dirt 5 for free for a limited amount of time. Dirt’s trial is slightly shorter than Rainbow Six Siege’s, running just until March 21 at 11:59 p.m. PT. Dirt 5 is an off-road racer loaded with depth and includes a career mode that stars famed actors Nolan North and Troy Baker. Again, all progress started in the free trial will carry over if you pick up the game at a later date.

In-Game Informer’s Dirt 5 review, Brian Shea delivered an 8.5 out of 10 rating and said that “Though some of the modes don’t provide the deepest experiences, I enjoyed my time racing around in Dirt 5 thanks to a fun career mode and a community section bustling with potential. Whether you’re earning your spot among the superstars or creating a vehicular obstacle course of your dreams, Dirt 5 is worthy of a spot on the podium.”

Through Xbox Game Pass or free-to-play days like this, Microsoft is doing a fantastic job of giving players games that they can jump right into and figure out if they want to add them to their collections down the road.