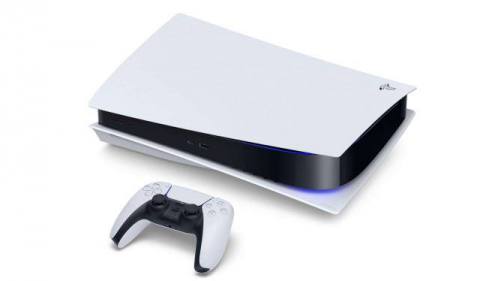 The PlayStation 5 appears to have a strange bug that causes the disc in the drive to spin periodically.

Now that more and more players have their hands on PS5 launch units, we’re starting to see reports of some strange quirks that initial reviews did not pick up on.

One particular issue that’s been coming up for people who opted for the PS5’s disc-based standard edition, is that the disc in the drive appears to spin for now particular reason.

We’re all, of course, used to hearing the disc spin every now and then, but that only happens when the console tries to access something on the disc. On PS4, it does this when you boot up the console, and when you start the game whose disc is inserted. Otherwise, you never hear the disc spin.

This does not appear to be the case on PS5. Multiple reports on Reddit and Resetera forums indicate that the PS5 spins whatever disc you have in the drive around once every 45 minutes to an hour.

“I have the disc for Ghost of Tsushima in my PS5 at the moment and it spins up even if I’m playing Spider-Man or Demon’s Souls. I can understand it needing to check that the disc is still there, but surely it shouldn’t need to spin it that quickly/loudly to do so,” one Reddit user wrote.

This even happens when you play a digital game that’s entirely different from the one in the disc. Early adopters initially thought this to be some sort of new authentication method that periodically checks the disc is inserted, but further testing revealed that the disc will spin regardless of what you may be doing on your PS5.

For some, they noticed it while messing around with their console settings. This may not be a big deal if you’re playing a game, as game sound will likely cover up whatever noise the disc drives is making, but it’s annoying for those who watch Netflix or use any of the media apps on PS5. This has already caused some players to manually eject the disc every time they’re done playing that specific game.

The PS5 launch has not been without some bugs, of course, so this isn’t particularly surprising. At the very least, the problem here does not appear to be more severe than the infamous download queue bug, or some of the other issues Rest Mode has been causing.

Sony has already rolled out one firmware update for PS5, and more will likely arrive in the next few weeks.