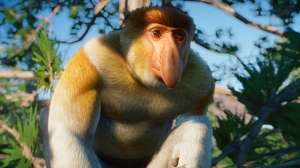 Planet Zoo’s menagerie is expanding again on 30th March with the arrival of its fifth content expansion, the Southeast Asia Animal Pack.

There’s the Clouded Leopard, a medium-sized arboreal cat more commonly found in the forests and grasslands of Southeast Asia, as well as the docile sun bear, which won’t require much ground space but needs plenty of room in the air to accomodate its fondness for climbing.