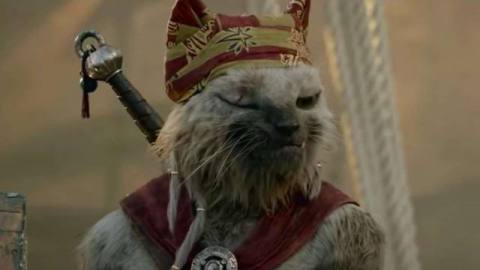 Paul W.S. Anderson’s upcoming Monster Hunter movie hasn’t had the smoothest of rides to market; initial shots from the set caused concern, as did the fact that the film places US marines from the modern-day in a fantasy setting – hardly something that is faithful to the original game series. Then there’s the fact that the movie is launching during a year of lockdown, with cinemas all over the world closed for business.

Still, subsequent images and trailers have slowly but surely resorted our expectation that this might – might – actually be a decent flick. The latest Chinese trailer has inflated those expectations even more; not only do we see a lot of cool monsters in this one, but there’s also a focus on using tactics to take down beasts (as well as gain materials to use in future battles, just like the in games) and we even get a short glimpse of a Palico chef. Will all of this good stuff be enough to make the film successful, both commercially and critically? Who knows, but at least it’s looking a bit more promising now.

Budgeted at $60 million, the Monster Hunter movie arrives on December 3rd in Europe and December 30th in North America. It stars Milla Jovovich, Tony Jaa, Ron Perlman and Diego Boneta. It was due for launch in September, and there were reports that it would be pushed into 2021 – but it seems like it’s just going to make 2020. Just.