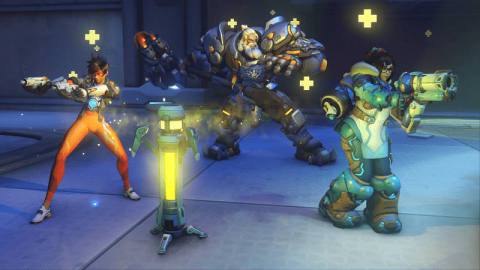 With BlizzConline (the online version of BlizzCon) coming in just a few weeks, players might be anticipating release timelines for a few of Blizzard’s upcoming titles like Overwatch 2 or Diablo IV. In an earnings call today, information was relayed that may not be altogether surprising, but might still disappoint players. While I don’t think anyone was expecting a Diablo IV launch this year, Overwatch 2 is another matter entirely, and it doesn’t look like that’s on deck to launch this year either.

During earnings call, Activision Blizzard said it does not expect Overwatch 2 or Diablo 4 to launch in 2021. pic.twitter.com/C2BmDP53JA

Diablo IV looked great when we saw it at BlizzCon over a year ago, but it clearly has a long road to release and expectations have been fairly clear on it taking quite a while in the bowels of hell marinating until it’s ready to go. I don’t think many of us expected to see it this year, though Diablo Immortal may prove a worthwhile snack for those seeking a taste of damnation and demons. Of course, plenty of folks are looking for a core Diablo experience outside of the mobile sphere, but hopefully we do have a chance to learn more about what’s coming in terms of systems and mechanics for Diablo IV at this year’s digital BlizzCon event.

Overwatch 2 may be a different story, depending on your perspective. While the perils of Covid-19 have been pervasive and ubiquitous across the world and the industry, Overwatch 2 looked in a much more “release-ready” form at the last BlizzCon, showcasing co-op missions and a new PVP mode. We know that the shift for many companies to work from home models brings with it many challenges that impact game development that are not always obvious. BlizzConline will be an opportunity to let players know what’s happening with Overwatch 2, since there’s no expectation of a release this year. While that may come as a shock to some, I’m hoping that Overwatch will continue to get plenty of updates as development continues on the sequel.

We got to play, discuss, and dive deep into both Diablo IV and Overwatch 2 for a massive Blizzard cover story a while back, which you can dig into here. BlizzConline is set to show off all things Blizzard on February 19-20.