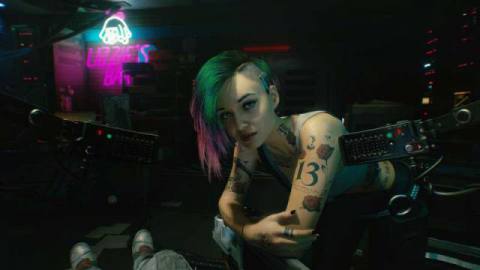 CD Projekt Red has released its first set of official modding tools for Cyberpunk 2077. Although fans have been modding the game themselves for a while now, these tools come straight from the source and offer, at the very least, a solid foundation for reshaping Night City into whatever form players see fit.

The toolset itself isn’t the most robust, but CDPR says it will be “continuously updated” as future patches roll-out. It’s a lot of technical mumbo jumbo, so knowledgeable modders can take a look at the tools themselves and download them here. As previously mentioned, players have already taken upon themselves to mod their own additions and fixes to Cyberpunk 2077. That includes adding new hairstyles, a third-person perspective, and the ability to romance Judy as Male V.

This news comes after CDPR released the first of two major patches for Cyberpunk designed to improve stability among a myriad of other issues. The second big update is scheduled to drop sometime in February. The studio also offered a temporary fix for the Takamura conversation bug. CDPR has been in repair mode since the game launched in December to mixed reviews, with some loving the game’s design and narrative but decrying its poor performance, especially on last-gen hardware (which the game was marketed for). CDPR already has two class action lawsuits on its hands because of the problems. Still, between this news and the tease of DLC, it seems like the team has begun to transition to supporting Cyberpunk with content instead of just repairing its existing state.

I can only assume having official tools will make the modding process easier, but those of you more tech savvy than I can smarten us up in the comments! Meanwhile, check out our reviews of Cyberpunk 2077 on PC and last-gen consoles.