No two dishes made in Nour: Play With Your Food are alike. A delicious interactive exploration into the aesthetics of food and drink, Nour lets you play with your food in ways your mother told you not to. This beautiful, chaotic yet comforting game demanded a soundtrack that reflects each player’s unique preparations and plating. What started as a soundtrack ended up as an instrument.

Play sweet melodies and manipulate the environment via random acts of cookery, rhythmic prowess, or even your singing voice. Beginner or expert, reckless or meticulous, every chef creates a song to match their pièce de résistance.

I’m Maximilian C Mueller, a musician and designer – and today, your maître d’Nour’s music. James Morrison (aka Fluke Nukes) and I cooked up a feast for the ears to accompany this feast for the eyes.

The music heats up, cools down, rises, mixes, and melts. What you hear is a unique combination of ingredients cooked per ever-changing specifications set by the way you play; no two play-throughs will sound the same. Wreak havoc, show restraint, and so too will the audio.

Adaptive game music is often categorized as “horizontal” (e.g. the music changes when entering a room), or “vertical” (e.g., tempo increases or an instrumental element is added when entering combat). Nour’s music is diagonal and has a cherry on top. Player actions and their frequency comprise a measure of chaos used to generate a cohesive song from a large pantry of ingredients. Together with a dash of stochasticity and a pinch of salt, this fluctuating measure acts as a conductor, guiding the scene sound. Put simply, the dish you create creates the song.

Have a listen to some evolving music captured in-game while you read:

Each time a food is introduced into the scene, a sound comes with it. What does a marshmallow sound like? An airy flute! An ice cube? The high notes of a grand piano played staccato of course! It was great fun choosing these sounds and even more fun subjecting those sounds to the trials of gameplay. Don’t worry about playing sour notes; every button press is always in tune. Once in the scene, the foods act as percussion instruments, singing the sound that announced them on impact. I love setting up a pile of ice cubes and slamming something into them to create an icy physics music explosion.

Perhaps the best example of physical instrumentation in Nour is the noodle harp. Make some noodles, arrange them to form an elegant slope (or monster) using the magnet, and freeze them. While there are many ways you could choose to play the harp, one of my favorites is simply letting a gyoza tumble down the sculpture to create a descending melody.

Making a beat in Toaster using a combination of “broken” and working toasters.

Each scene in Nour has some unique gameplay mechanics and musical mechanics to match. In Toaster, make toast and conduct an orchestra at the same time. Bread takes to the air upon a swell of violins, bassoons, and timpani. Burn your toast to the degree that the toaster breaks…and what was once a bassoon is a BASS. Appliance destruction triggers a change of temperament in your musicians, turning the smoldering toasters into 808’s, snares, hats, and kicks. Create a fiery beat – but be sure to leave one or two toasters unbroken for a nice orchestral accompaniment. 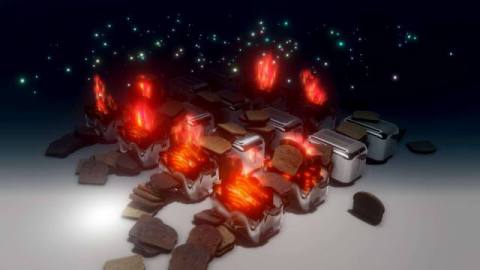 Fire dances to the beat when night falls in Toaster.

In Meat Grinder, each food is spawned into a calm but foreboding environment. Things really take a turn when the player rotates the handle to grind a food – not only is the food ground, but its sound is extruded too. There may or may not be heavy-metal involved.

Players can look forward to both macro and micro manipulation of game audio via changes they make to the environment. This relationship is reciprocal: they’ll also have the power to change the environment through music.

A jazz cover of the Miso Soup music hidden in an easter egg – happy hunting!

Use music to manipulate food.

Music in Nour acts not just as a soundtrack, but an interface. Players can exert influence over the scene and its contents in both familiar and new modes of musical gameplay.

The mechanics aim to encourage and reward the exploration and experimentation central to Nour. Fittingly, its rhythm system has no grid. User input is instead processed relatively, allowing the game to recognize and reward melodies ranging from rigid to adventurous.

Rhythmic play generates a resource that can be used to activate special powers: freeze foods to create a sculpture (or plate), turn day into night, or compel your food to dance to the music.

Combining these effects creates a dizzying number of musical (and physical) possibilities. Lock some dancing sugar cubes in a cage of frozen oranges to create a dynamic physical instrument – the sugar pulses to the music, knocking into itself and the walls confining it. Then activate night mode to really get things bopping! I’m so excited to see what players come up with and hear the sounds they’re able to coax out of the scenes.

Secret rhythmic sequences (combos) offer another way to control the game – I’ll give away one to get you started: try slowing down time by playing 4 quarter notes, 2 halves, and a whole. And for balance, an anti-sequence: button mash as fast as your can to activate Warp Mode!

We hope such rhythmic mechanics will be fun, familiar, and legible to those who have stomped, shredded, or ocarina-ed their way through a virtual space. The DualSense controller, 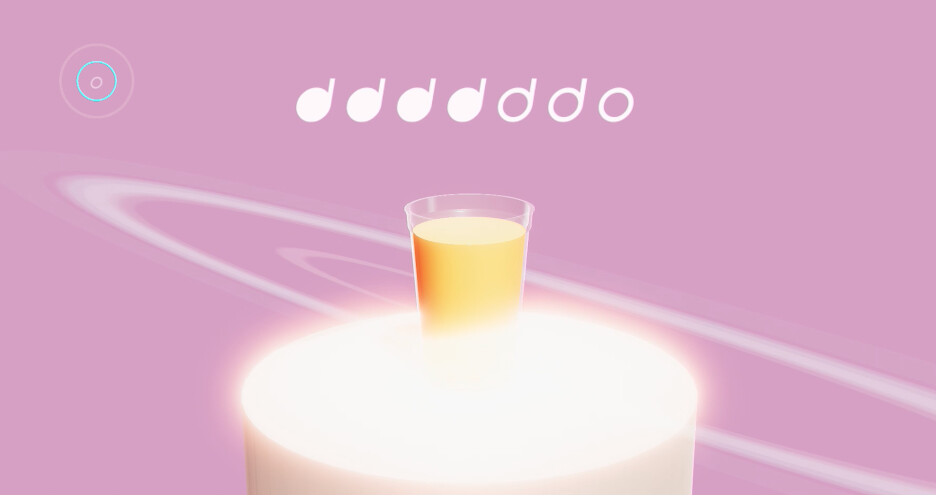 Sequence effects are triggered by specific note sequences. This sequence, (4, 4, 4, 4, 2, 2, 1), prompts a key change and slows down both the music and gameplay.

however, furnished an opportunity for something new. Not only can you play with your food, you can yell, sing, blow, and slurp at it. Sing the root note of the song to levitate objects upon a field of golden energy for as long as you can hold it. Blast away objects with a gust of wind blown into the microphone. Yell to charge up a food and plate it with force! After all that you’ll likely need to take a sip of refreshing soda – just produce a rising pitch with your voice, a cello, or…? 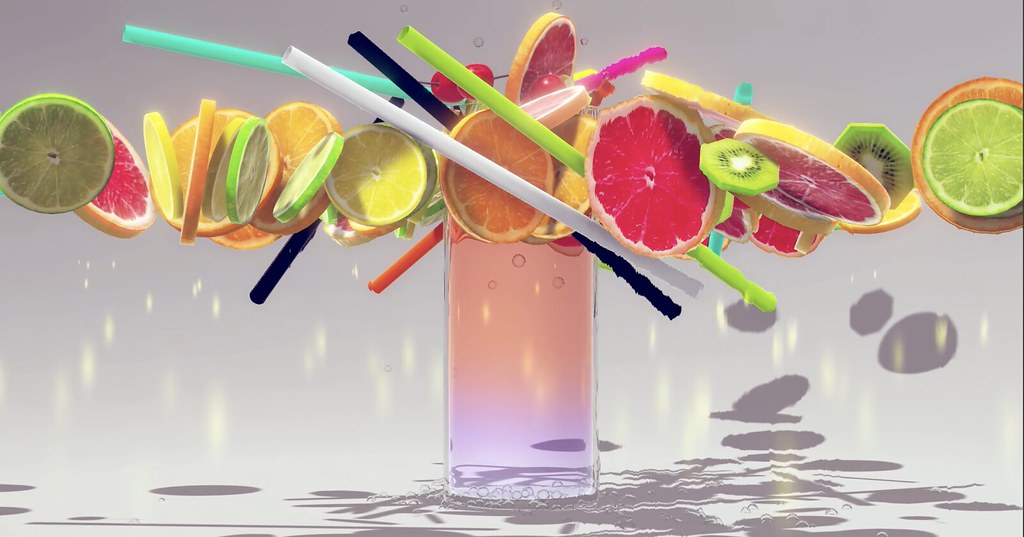 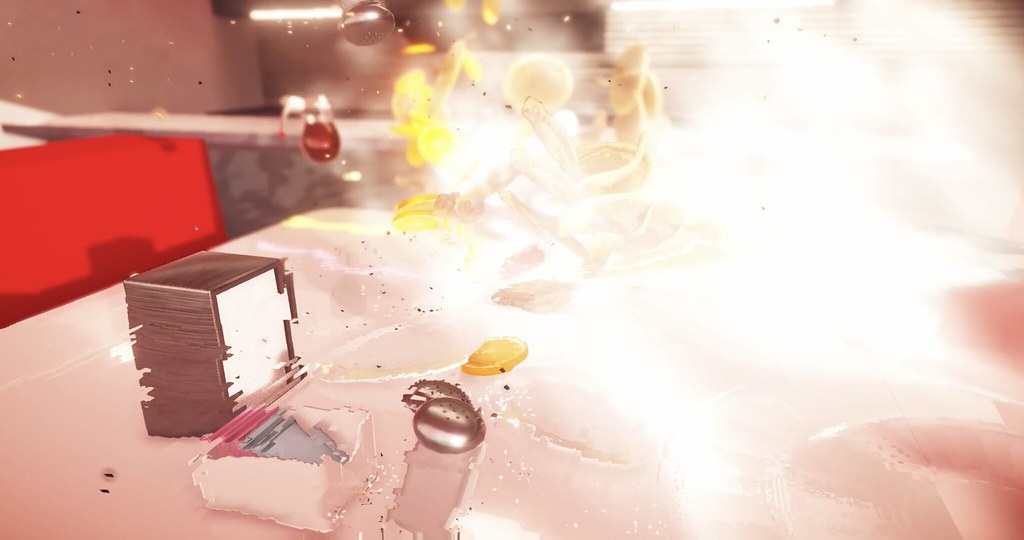 Panic’s previous title, Untitled Goose Game, was praised for its reactive score, so from the start we knew Nour would have to push the audio envelope. This is our first time working on a game, so we didn’t really know what was possible in the key of C# – it turns out a lot is! It’s been a wild ride up a steep learning curve – a big thanks to our very talented, supportive, and patient team for sticking with us while we skilled up.

We’re all so excited for you to experience Nour: Play With Your Food this summer. 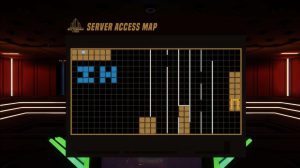 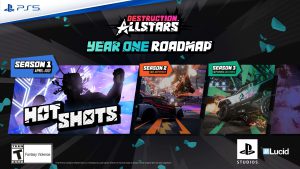 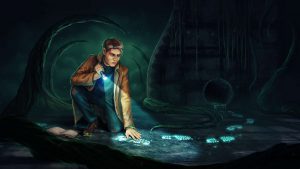 Psychological horror adventure Sanity of Morris out next week