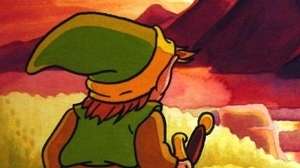 A Netflix deal to make a live-action The Legend of Zelda TV series was scrapped by Nintendo after word of the project was leaked back in 2015.

That’s according to US comedian Adam Conover, who was working on a similar Nintendo project at the time.

Speaking last night on The Serf Times podcast, as dug by up supererogatory
, Conover says he was in talks with Nintendo to make a Star Fox claymation project inspired by Wes Anderson’s Fantastic Mr. Fox movie adaptation.