The Nintendo Switch has been a resounding success. But could 2021 be its best year yet?

I’m calling it. This year should be absolutely massive for Nintendo and the Switch. Yes, Microsoft and Sony have just released powerful new hardware into the wild – but the stars appear to be aligning for Nintendo to have a banner year with the Switch – the little underpowered system that could.

My main reason for saying this is pretty simple: 2021 is a banner year for Nintendo anniversaries – and we all know that Nintendo loves to celebrate these occasions.

2020 saw the 35th anniversary of the Super Mario series, though it feels like that particular occasion was slightly ruined by the ongoing pandemic. We did get Lego Mario, but the Mario-themed Super Nintendo World area of the Universal Studios theme parks was prevented from opening on time, and Nintendo rather unceremoniously dumped out a fairly bare-bones if completely functional game collection as a bit of celebration software. But one has to imagine 2021 will be better.

First off, February of this year marks the 35th anniversary of The Legend of Zelda. Nintendo’s second series is of course riding on an all-time high having released one of the best games of all time to launch the Switch – and this year seems an ideal time to unveil and hopefully even release its sequel.

As well as a Breath of the Wild 2, it seems pretty reasonable to imagine that Link will get similar treatment to Mario – that is to say, an anniversary re-release package. Nintendo has a relative wealth of options here compared to Mario, too. The Wii U HD versions of Twilight Princess and Wind Waker are practically ready to go, the 3DS versions of Ocarina of Time and Majora’s Mask could likely be fairly easily up-ported, and Zelda series boss Eiji Aonuma has repeatedly dropped hints about a Switch re-release of Skyward Sword. What’d be really crazy would be to get all three of these – which seems doubtful, and yet not necessarily impossible. 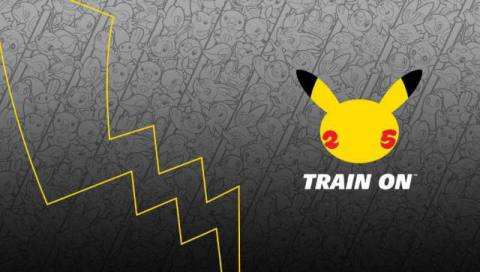 A little later in February, Pokemon turns 25. 2020 was an off-year for the core series, releasing the impressive DLC for Sword and Shield but nothing else. Since its inception, Pokemon has only had seven years like this – and each has been followed by a major release. The 2005 hiatus was followed by Diamond and Pearl; the 2015 gap by Sun and Moon. It follows that we are probably due a new game. I’m not talking about the already confirmed Pokemon Snap, either – I mean another entry in the main RPG series.

Given we just got a full new Pokemon game in 2019, it seems likely we’ll get a remake, as is Pokemon tradition. Might we finally get a generation 4 remake, meaning new versions of Pokemon Diamond and Pearl? Or could we follow on from 2018’s Pokemon Let’s Go with a Let’s Go title set in the worlds of Gold & Silver? Whatever the answer, we are surely getting a whole slew of Pokemon celebrations this year, including a new game.

Those are the big two, but that’s not even all. Donkey Kong turns 40 years old in July, and Metroid celebrates its 35th birthday in August. Metroid is probably the more interesting of these two for potential release purposes. It’s probably a toss-up as to if we see Metroid Prime 4, given it underwent a full reboot, but like Link, Samus has options. The Wii Metroid Prime Trilogy, three beloved games in one package, is ripe for a port and has been rumoured before. And 2D Metroid, which generally runs as a separate, parallel series with different development staff, saw its last release three years ago. 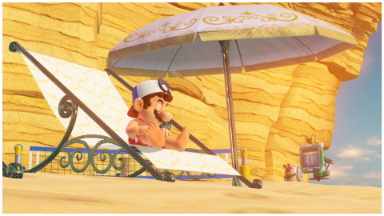 All of this is to generally talk about older stuff and re-releases, but we all know Nintendo is more often all about the new. Super Mario Odyssey and Breath of the Wild were both three years ago at this point – could this coming year copy 2017 and be a double-whammy year for Nintendo’s two favourite sons? It took three years to get both Mario Galaxy 2 and a little more for Twilight Princess to follow Wind Waker. Historically, the timelines match up. This would be exciting any time, but coming off Odyssey and Breath of the Wild – two of the greatest games either series has ever seen – it’s hard not to get extremely excited.

There are other potential sequels that make sense, too – 2017 also saw the releases of Arms, Splatoon 2, Mario Kart 8 and Ubisoft tie-in Mario + Rabbids Kingdom Battle. What have all those teams been up to?

Then there’s all that Switch Pro talk, which is rapidly reaching the ‘no smoke without fire’ level of rumour and speculation. Nintendo of America President Doug Bowser recent said that he belived the Switch had hit the halfway point of its life cycle, which would typically mean further life-extending hardware revisions are imminent.

Could 2021 really be a year where we get new hardware, a new Mario, a new Zelda, several anniversary re-releases… and the inevitable set of Nintendo surprises? I mean, I sure hope so. In truth, even if only a fraction of these projects show up, it’ll still be a banner year – and this isn’t even considering third-party Switch projects like Bravely Default 2 and Monster Hunter Rise, both due out soon.

Writing these year-start articles are always weird, as ultimately we don’t actually know what’s coming down the (warp) pipe. But looking at the last few years and the anniversaries on the calendar, one can begin to infer that all the pieces are in place for Nintendo to deliver a monster year for the Switch, an all-time classic. Here’s hoping.

The post Nintendo could be on for one of its greatest ever years in 2021 appeared first on VG247.