If you’re not already a fan of women’s professional basketball, NBA 2K21’s new mode, The W won’t do much to get you fired up for it.

The W is sports video gaming’s first single-player career mode for a women’s team sport. It’s not a tokenized experience, nor a reskin of things NBA 2K21 already does for the men’s game. But it is a glaringly few-to-no-frills experience, and the lack of investment I have in my player’s development defeats the purpose of a single-player career. As such, I can’t really warm up to the mode or recommend others spend much time trying it.

Other than picking one of 10 player archetypes — whose attribute minimums and maximums are locked — the only influence I have on my player’s development is simply playing well (or not) in a league game. Whatever XP (“MyPoints” in this case) come from that, the game applies automatically in a very opaque process.

In NBA 2K21’s MyCareer, players can set aspirational maximums for their attributes and build a player according to the things they do well or enjoy the most. Inside a season, players get to choose how to apply their earnings to the player they’ve created. Why this isn’t possible for the WNBA’s career mode, I can only speculate.

Developing my player’s off-the-court persona is a similarly rigid and lifeless progression. Developer diaries before NBA 2K21’s launch suggested that The W players would take on roles that real-life WNBA stars pursue, whether promoting the league itself, taking on side gigs in media or fashion design, or preparing for a career as a coach. Well, all of this is handled in a process whose only player interaction is picking one of three options off a card between games. Again, progression is fixed, and all it delivers is unlockable cosmetics items on a fixed schedule.

All this means is that you get into a very limited core gameplay loop very quickly, and one that is very reminiscent of career modes I saw on the Xbox 360 and PlayStation 3. It’s tough to call The W a good first shot at career-mode parity when so much of its enjoyability comes from, well, just playing the games themselves. At least that action is distinguishable from the rest of NBA 2K21 while still being fun — but it was when I was messing around with the WNBA in MyLeague last year, too.

Likewise, it’s tough to criticize Visual Concepts’ design here as though tossing female avatars into the much larger world of MyCareer would be the simplest or easiest solution. The WNBA deserves to have its own career ecosystem; it’s a more supportive statement to give the WNBA its own mode, rather than just dump them into NBA 2K21’s aggressively competitive multiplayer world and tell them to fend for themselves or, worse, patronize them with inflated attribute ratings.

And, as a practical matter, most NBA 2K players don’t want to maintain more than one player avatar in a mode that is already very heavily influenced by microtransactions. 2K Sports would be pilloried if it offered up WNBA players as just another vector for real-money sales of Virtual Currency. To Visual Concepts’ credit, a WNBA player does earn Virtual Currency that goes toward the user’s overall balance. It provides at least a small reward for trying the mode. But it’s a spectacular irony that the WNBA player herself doesn’t get to “spend” what she earns — whether on her own progression, or clothing, or whatever.

The W is joined by a multi-season team management mode, called MyWNBA. But its menu-driven feature set resembles something from MLB 2K10 or 2K11. There isn’t much to this beyond getting two “tasks” at the beginning of the year — one to trade a certain player before the deadline and another (from … the governor?) to win a certain number of games. In a multi-season background simulation, my failure to deliver either didn’t have much of an effect. The real reasons for running a team — developing players, installing an offensive scheme — are still as self-driven as whatever narrative MyWNBA happens to deliver.

There may be depth in there, but the wrapper around the mode is still just stuff we saw in sports video games two generations ago, when single-player career modes were first starting out. At least in the earliest days of NBA 2K’s MyPlayer, I could pick which local business I wanted my player to endorse. Now it’s just, reach level 4 in popularity in The W, and your name is on a plumbing shop’s billboard, and you get a pair of shoes.

Critically, I can’t obligate Visual Concepts to give the WNBA the attention and development resources of MyCareer if the interest and market simply is not there. But I didn’t think it would be too much to ask for a training and practice routine similar to the men’s side, where exercise minigames and shootaround drills can boost my player between games, or give me at least the sense I was guiding her development.

Is The W a “good first step” for women’s sports in video gaming? It depends on your expectations; mine took into account the WNBA’s relative popularity next to the men’s game, and the fact Visual Concepts was adding another mouth to feed on its already jam-packed one-year development cycle. The W still ended up more bland and limited than I’d anticipated. It may very well be that there aren’t many video gamers looking to play women’s professional basketball, but The W doesn’t make much of an effort to develop more. 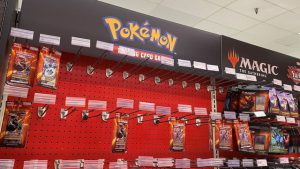 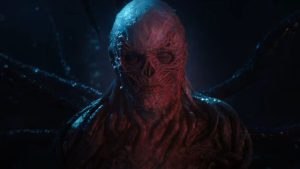