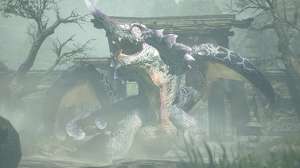 Monster Hunter Rise has only just arrived on Switch, but already Capcom is talking up the game’s first major post-launch update. Version 2.0, as it’s known, will release toward the end of April, bringing new monsters, an unlocked HR cap, and more.

As confirmed on the game’s official website, Monster Hunter Rise’s first Free Title Update will expand the current creature roster by welcoming in Chameleos – a mist-themed Elder Dragon that debuted in 2006’s Monster Hunter 2. This, incidentally, is the same upcoming monster referred to as Onazuchi by the game’s Japanese Twitter feed.

Chameleos will be joined by “several” additional new monsters in April’s Version 2.0 update, one of will be the Apex Rathalos, as revealed at the end of Rise’s launch trailer below.