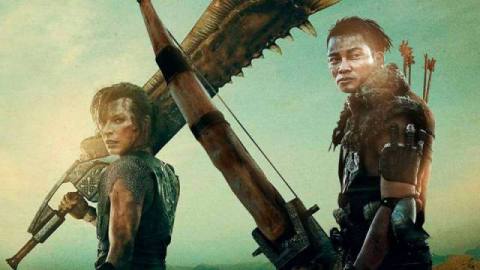 If you’re into gigantic monsters and Milla Jovovich, then we’ve got some good news for you, because the Monster Hunter movie release date has been bumped up for the second time, now dropping next week on December 18.

The upcoming live-action adaptation was slated for a December 25 launch initially, but has been moved up once more by one week. This was following the news that China blacklisted the film due to a racist joke made known from an exchange seen between two characters. Though the director, and Capcom, have since addressed – and apologized for – the racially-charged incident, it looks like the show (or movie) must go on.

According to Capcom, the film in question will follow “two heroes who come from different worlds to defeat a shared danger, the powerful, deadly and magnificent monsters that inhabit the land,” Capcom noted. “Along the way, viewers will make new discoveries and encounter familiar faces and beloved characters from the game, like the Admiral.”

Ryozo Tsujimoto, who serves as the series producer for Monster Hunter, previously added to that announcement: “After living and breathing in the universe of Monster Hunter for 14 years we are thrilled with enormous anticipation to see our creations adapted for a theatrical release. Monster Hunter’s fan base has exploded over the past year with the runaway success of the game Monster Hunter: World. It is our hope long-time fans and new alike will join us on this exciting exploration of the Monster Hunter universe.

Thoughts on the Monster Hunter movie? Are you going to see it day one, or is it a hard pass? Sound off with your thoughts in the comment section below!