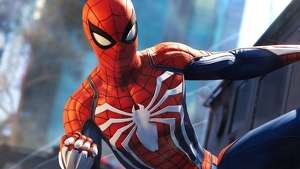 Developer Crystal Dynamics has confirmed a delay for Marvel’s Avengers’ PlayStation-exclusive Spider-Man content, which now won’t arrive until this summer at the earliest.

Spider-Man was revealed to be coming to Marvel’s Avengers – controversially as a PlayStation-only addition – last August, with Crystal Dynamics announcing an “early 2021” release date for the character. However, questions began to arise earlier this week when the studio revealed a new Marvel’s Avengers development roadmap – one in which Spider-Man was notably absent, despite it covering a period through “summer and beyond”.

Fans were quick to wonder if the character was the latest casualty of Marvel’s Avengers’ troubled release – which has so far seen “lower than expected” sales, and delays for the game’s initial two post-launch heroes as well as its PS5 and Series X/S update – and Crystal Dynamics’ studio head Scot Amos has now moved to address Spider-Man’s conspicuous absence.