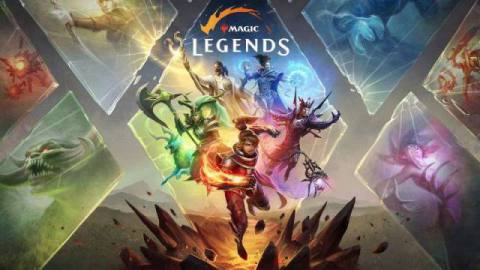 Magic: Legends graced a Game Informer cover a bit ago, a game where Diablo-style gameplay and the Magic: The Gathering universe intersect. Since Magic: Legends went into a state of open beta last week on PC, everything from what’s available in the cash shop to technical glitches have been scrutinized as players begin working on their characters and progression hubs. Currently, Magic: Legends is only available on PC, but the free-to-play game is expected to arrive on both Xbox and PlayStation later this year during its official launch. We recently took a deep dive into the game that you can check out here!

In an open letter regarding the state of the Open Beta, executive producer Steve Ricossa addresses many of the concerns that have been cropping up since opening day. You can check out the entire letter here, and you probably should if you’re interested in Magic: Legends at all. The main points highlighted are significant shifts, and fast changes that might get things rolling in the right direction.

First, the performance issues are highlighted. During my time with the game, there have been numerous technical glitches and bugs. They’re working on these issues. That’s good!

The second issue of monetizing classes has been a big one. Originally, the Dimir Assassin class was only available from the cash shop with a low drop rate (or via an obscene amount of gold on the open market). Now, the Dimir Assassin class is being added to the apex of the battle pass (including the free track), so anyone can get it assuming they play a lot. This is a pretty radical shift from the original monetization model around this special class, and a welcome one.

The other big and relevant takeaways in this letter involve a streamlined tutorial and doubling the drop rate of new spells for players, shortening the time it takes to get into the real game and letting players explore new options in their gameplay much faster. These are both great decisions, as the laborious onboarding process had players wandering around for hours and hours with basic starter cards wondering when the customization aspect was going to kick in. New card acquisition rates will let players experiment more and find synergies they’re interested in while they grind away at events.

Magic: Legends has only just launched in open beta, but these changes coming so fast after release is promising. We’ll see where the game is at in a few more weeks and months!