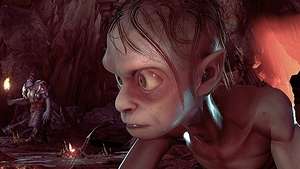 There’s some disappointing news for those eager to get stuck into developer Daedalic’s upcoming Gollum-focussed Lord of the Rings action-adventure; the game’s originally announced 2021 launch has been pushed back, and it’s now scheduled to arrive on Xbox, PlayStation, and PC in 2022.

Scant details were provided when Lords of the Rings: Gollum was announced back in March 2019, but we finally got a clearer idea of how things might play out last August, when Daedalic dropped the very first trailer and gameplay breakdown.

It offered only a brisk tease of things to come, but did confirm Daedalic is shooting for “subtle tactical stealth”, environmental puzzling, climbing challenges and “fast-paced parkour action”, all playing out across a mixture of open levels and more linear missions.