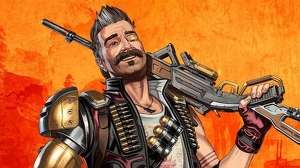 Like so many things in 2020, last year the Switch version of Apex Legends had to be delayed due to the challenges of working in a pandemic, but it looks like that port could be arriving rather soon. According to a release date that accidentally slipped out during the promos for Season 8, at least.

A release date of 2nd February, the same day as the launch of the new season, was spotted in the Japanese version of a Stories from the Outlands trailer for Season 8. “On February 2nd, it will be possible to play on Switch at the same time as the start of Season 8”, the description read (as spotted by Apex Legends News).

The same message was spotted in several other descriptions for the video, including the Polish and Danish versions, so it seems this wasn’t an isolated slip-up. The text never featured in the English-language version of the trailer, while the reference to a Switch release has now been removed from the other language versions.