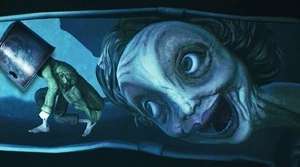 Dinky horror game Little Nightmares 2 has hit a big sales milestone – of a million sales in under a month.

By comparison, the original Little Nightmares was announced as having hit a million sales over a year after its initial launch in 2017. Combined sales of the two games are now over five million copies.