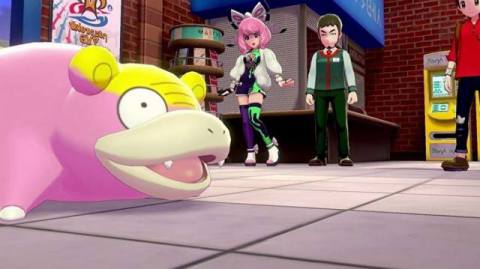 It’s our Spheal of the day.

Good news for those who want to catch ’em all – the Expansion Pass for Pokemon Sword and Shield is discounted on ShopTo, meaning that players will get to explore whole new sections of the Galar region, filled with new and old Pokemon alike.

Fortunately, ShopTo has said that once you install the code on your Switch, you’ll have the choice on which version you want to download. Pick the one that’s compatible with your game! You can’t reverse this decision and you can only download one.

Sword and Shield’s expansions might be distinct technically, but they both include the same content overall. Split into two halves, the first one has you venture to the Isle of Armor, a verdant wild area, where you take on a dojo of elite trainers and partner with the little Pokemon Kubfu. The second one takes you to the Crown Tundra, a frozen region where new and old legendary Pokemon alike are hidden in caves, trees and ruins.

There’s a lot more options for Nintendo gamers when it comes to deals, of course! We’ve laid out all the best Black Friday 2020 deals for Nintendo Switch owners here, or check out the Jelly Deals Twitter page for even more deals and discounts!