Have you played that YouTube game, where you scan through endless videos of the original Crystal Chronicles on GameCube, clicking and holding the TV remote buttons, dragging back and forth, trying to work out what exactly had changed in the opening level River Belle Path? It’s good fun!

You have to get used to the quick acceleration of that scanning pimple along the time bar, but once you’ve got it down it feels good, and the buttons on my Sony remote have a pleasingly matte and rubbery top-feel, then a satisfyingly crisp click to them. Click-and-hold, then a quick release! This time, on a good comparison video of the newly released remastered Crystal Chronicles. And I knew it. Not only does the GameCube one have darker, richer cloud shadows that dapple and drift across the landscape, but it also has a whole layer of smudgy shadow cast by its trees and paths and walls. The atmosphere’s all changed. In the waterfall clearing where you fight the crab boss, originally it was moodily half-eclipsed in a darkness cast by the surrounding trees, whereas in the remaster it’s all just limply even. I think the lighting in general is different, the whole thing a little paler, maybe a little cooler? Username ‘Rami’ in the YouTube comments agrees!:

the PS4 version looks nice, but the lighting is a lot cooler than the GameCube. If it were tinted with more of a greenish-yellow, just slightly, I think it would be quite perfect. (o^^o).

My car’s in the garage by the way. It’s been there for three weeks. Turns out it wasn’t the timing chain after all, so now they have to find someone who’ll peel back the engine to check the valve-cylinders one-by-one. So I’ve been on-foot a lot, and was so excited for Crystal Chronicles I’d basically written an article about it before it was even released, thought-up whilst I walked around, powered by a foot-fall engine that generated endless trains of phrases about a game world I’d always considered one of the most beautiful ever created.

The opening level in particular – which is a pleasure just to say! ‘River Belle Path’ – always seemed to have captured just-so a type of riverside vibe: grass embankments and stone-wall bridges and pebble-shoal water edges – a school trip to Snowdon. But it also captures a certain walking energy, a kind of path-ness itself, with the adventurers’ running gait around the river’s meanders and bends tempered by the slower, steadier knees-up hiking pace of the one wielding the chalice. A phenomenon caught and sealed in digital, as precisely as one of those hyper-specific place words that Macfarlane collects in Landmarks, like ‘bugha: a green bow-shaped area of moor grass or moss, formed by the winding of a stream (Gaelic)’.

Maybe more specific, because there’s also the introduction spiel in an Irish accent, then Kumi Tanioka’s level theme, so that the whole level is accented, haunted with story and a sense of melancholy that is so surprising so early on. Sort of how the widely understood Sega Blue Skies are so much about what’s happening beneath them. As a teenager I’d regularly visit an old-style HTML website called Kidbomb.com (now deceased), where you could download lots of the GameCube’s standout music on .mp3 – including River Belle Path, further firming up this specific, compound mental reference of game feel and colour and music. In retrospect, I’m not sure I ever even played through much of the original game proper, but I sure-as-heck planned a whole article on Crystal Chronicles based on my memories of River Belle Path!

I should make a disclaimer here; I am heavily biased towards these kind of green, grassy game-spaces. Opening towns and overgrown ruins. The pastoral idyll of a JRPG hub field, or one of those lushly unkempt wilds of a post-human world.

Initially then, I just compared Crystal Chronicles to itself, enjoying the game of spot-the-difference. Wondering whether it was just the general crispness of the HD version that took away some of the soft, impressionistic cohesion you get with low-resolution and 480p. Or whether the clarity of some of the new textures – draped incongruously on low-polygon models – drew attention to their thin-ness, their surface-ness; compared to the evocative, suggestive shorthand of an older game screen bathed in shades of blurry greens.

But pretty soon I’m clicking through the Dulux website’s green colour swatch. Peppermint fresh. Zatar Leaf. Pharaoh’s Gem. Comparing grass textures between different games. Bringing up two chrome tabs side-by-side on my laptop screen, to compare the colour palettes of River Belle Path and Ocarina of Time’s Kokiri Forest – which is always the zero point, the standard, the pure – confirming the similarity in their earthy, naturalistic tones. The way both have ground textures scuffed with patchiness and path edges. Fringed with yellows and ochre that give both areas a moss-ness and a softness quite different to the vivid Ghibli greens of Breath of the Wild.

Then (of course) a YouTube video of Skyward Sword’s Faron Woods, to remind myself of the way its greens are speckled and flecked by mint and jade and teal trip blues; like broccoli leaves in Dad’s garden. And the shush shush of Skyward Link’s footfall, and the way it gives carpet-y fullness to the flat texture of Faron Woods’ floor. And all the browns and bark peppered with pinks and gold so that the whole world feels brightly, lightly enchanted.

Which is like the Mana series! With its dreamily surreal emeralds and pinks and purples! And didn’t they recently release a Mana Collection? And so I buy the Mana Collection on a whim, basically persuaded by the (shamrock) lushness of its thumbnail, and I load up Secret of Mana, just to fill my screen with its greens and run around them. Slicing through the grass and bushes in that game-y way that feels like connection, a kinetic short-hand; tangible, natural abundance.

You know, my piano teacher once remarked that chords were ‘fragile’, that even one note changed in a 6-finger splay could change everything; you drop a thumb and hit the key and now it’s a major7 and everything sounds slushily romantic. I love that specificity of quality, of felt effect: why it matters that the shadows are different. But I also love working out just how it happens. Not to drily dissect, but as another mode of engagement with these game spaces I love, game spaces that feel like an extension of – and an appreciation for – the natural: a playable reverence, a celebration.

Anyway! The Crystal Chronicles remaster is out (since August!) and the shadows are pallid and the lighting’s flat and the load-times are obnoxious and the attacks feel poot-poot weak (I think they were always poot-poot weak, to be honest). And Donna Burke sings the song weirdly now. Worst of all, you can’t even do that proper Crystal Chronicles thing of going on a joint multiplayer caravanning adventure with your friends. But! I do still quite like it. It’s pretty and low-effort and hypnotically simple in a way you can easily play alongside Zoom teaching sessions.

But I’ve definitely enjoyed thinking about it, comparing it. To the original, to other games. Enjoying the potential energy of difference between two things, like tension in a string.

Peering at the detailing of the grass in the embankments. Turning the voices off in the menu to restore that more silent, dreamlike quality, unbroken by attack cries. Toggling the music and scribbling ideas: Tanioka’s score gives events a heightened sense of meaning and purpose quite different from the indifference of quiet nature. Flicking through Google Image searches of Golden Sun hues, of Enslaved and of Braid. Then taking these thoughts for a walk one day, and noticing that the tree models in Crystal Chronicles are a bit like sycamores in the way their foliage is bunched in half-dome cloves, like leaves of leaves. And now I can’t unsee it.

Not that games need to be anything more than the joy they give in the moment. But I guess all the rest is just part of the way I play games, and enjoy games. And games are just a way I see things and notice things and care. 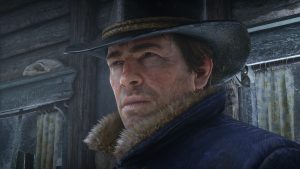