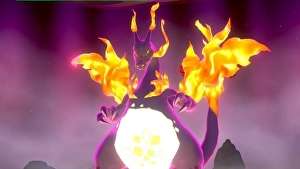 A little while ago, I suddenly found myself caring about Max Raid Battles in Pokémon Sword and Shield. Pokémon has a knack for this: you play, you finish the story and the afters, and for a while that’s it. But then a long weekend appears. A bit of time in lieu needs using up. You catch yourself thinking, actually, why not? Why not finish the Pokédex? Why not get into competitive training? I’ll do it – and this time I’ll mean it. And down the rabbit hole you go.

The problem is, raids are important for doing those things in Sword and Shield – and raiding is not enormously fun. For one, much the same as the raids of Pokémon Go, when it comes to actually finding a proper group and coordinating a session, most of the work is left to communities outside of the game itself, the slack picked up by fans on Twitter, or reddit, or Discord. More than that, however, raids are painfully time-consuming – when you’re in the raid itself, but more so when you’re actually trying to find something specific. (As I found out the hard way, amateurishly working through the ‘dex).