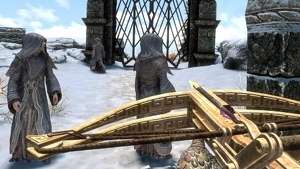 It’s hard to believe that later this year we’ll be celebrating the 10th anniversary of the Elder Scrolls V: Skyrim, a number that’s making me feel rather old. But it seems some players have put those years to good use by religiously practicing the game’s archery, resulting in combinations so ridiculous they’ve left me scratching my head.

A compilation shared on Reddit by user “Walter Fring” has attracted a fair bit of attention for the absurdity of some of the shots, all neatly edited into a video with jaunty Zelda music in the background. Walter Fring uses shouts like Unrelenting Force to create some mid-air snipes, at one point making a man levitate only to be shot and frozen on the way down. It feels very anime.

The shots only seem to get more outrageous as the video goes on: Walter Fring interrupts a wedding to take out the bride and groom with aerial shots, and in a later trick, five enemies are downed in a row with arrows from above. Walter Fring also falls down a cliff to shoot and then stab an enemy, just for good measure. 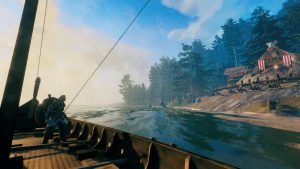