We’re very excited to be able to tell you about “Idle Champions Presents,” a unique interactive Dungeons & Dragons livestream experience.

Idle Champions players on Xbox can make in-game decisions that will impact a series of live Dungeons & Dragons sessions that feature popular content creators. In turn, the outcomes of those D&D sessions will affect what happens in-game the following week!

Each episode of “Idle Champions Presents” is broadcast live from 4 p.m. PT to 7 p.m. PT on our Twitch channel: twitch.tv/CNEGames. The cast play as their character as featured in Idle Champions.

In the week between each episode, you cast votes in-game to influence what you want to happen in the next livestream alongside your fellow Xbox players. Throughout the week, there will be seven days of voting affecting the next episode. The game will translate player choices into events and updates that can challenge or assist the cast during the livestream. Then, depending on what the cast chose in their adventure, you’ll see different events and updates afterward in Idle Champions to the game itself, making for a genuinely bidirectional interactive experience.

Let’s talk about the different in-game effects and livestream effects. During the first adventure, “The Unfair Seas,” players voted on many various events in the stream, including awarding extra dice to boost the cast members’ rolls and even forcing the cast to speak in rhyme live on stream. Other choices the players made included having the party fight a gaggle of demonic geese, which then appeared in their game on Xbox the following week!

We’re excited to see what the Xbox players vote for during the next adventure, “A Fool’s Errand,” which started Monday, March 8.

“Idle Champions Presents” includes a stellar cast of well-known Dungeons & Dragons personalities who all have their characters recreated faithfully as Champions in the game. 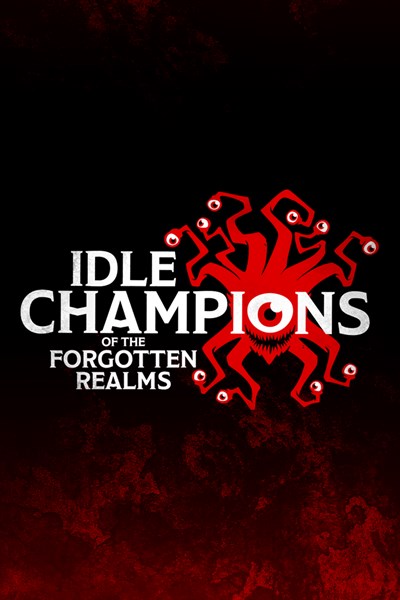 Idle Champions of the Forgotten Realms

☆☆☆☆☆ 165
★★★★★
Get it now
Idle Champions of the Forgotten Realms is an official Dungeons & Dragons strategy management game. Idle Champions challenges players to assemble a party of Champions and master the art of Formation Strategy. Players unlock new heroes, upgrade them to reveal special abilities, and collect epic gear. The key to glory is learning how to combine Champion abilities to defeat an onslaught of powerful monsters. Unlock Renowned Champions
Collect renowned Champions from the world of Dungeons & Dragons, including fan-favourites from the Force Grey series. Unlock more Champions and gear to add to your party in limited-time events. Formation Strategy
Mastering the position of each Champion to maximize their special abilities is the key to completing each adventure. Each Champion's abilities and gear requires careful thought to create the best combination. Only the most powerful formations will defeat the waves of Dungeons & Dragons monsters. Explore the Forgotten Realms
Take your Champions on a journey through the Sword Coast. Players will be able to explore familiar locations within the Forgotten Realms as they tackle each adventure. The game is updated with content inspired by the official Dungeons & Dragons adventures, starting with a trip to Chult with the Tomb of Annihilation. Regular Events
The game is updated regularly with limited-time events. Completing events unlocks new Champions and gear to add to the player's collection. – You can download and play Idle Champions of the Forgotten Realms for free, however some premium in-game items can also be purchased for real money.
– Gems earned for free in-game by killing bosses and completing adventures can be redeemed in the in-game Shop for Silver and Gold Chests that contain equipment, potions, contracts, and gold. Gold Chests can be purchased for real money if you do not want to wait and save up gems for them.
– Silver Chests contain three cards of Common to Rare rarity. Silver Chests have a chance of dropping Rare equipment cards, but do not contain Epic equipment cards. (1)
– Gold Chests contain five cards of Uncommon to Epic rarity. Gold Chests always contain at least one Rare equipment card and have a chance of dropping Epic equipment cards. (2)
– Basic Silver and Gold Chests can drop equipment for all basic non-event Champions, including Hitch and Drizzt. They will not drop equipment for event Champions (for example Gromma, Krond, or Barrowin).
– Event and Promo Chests function the same as basic Silver and Gold Chests, however, they only drop equipment cards for specific Champions. Check the description in the in-game Shop to determine whose items they can drop.
– Guaranteed “Shiny” equipment cards are available as a reward for real money purchases, however, they also have a small chance of appearing in any Silver Chests or Gold Chests that you purchase for free. (3)
– Bonus “Golden Epic” equipment cards are generally only available as a purchase bonus for real money transactions, however, specific Golden Epic cards may become available through free means at Codename Entertainment's discretion.
– In-game purchases range from $2.99–$59.99 USD (or equivalent local currency) per item. (1) Chance of a Rare equipment card in a Silver Chest is approximately 3.2%.
(2) Chance of a Rare equipment card in a Gold Chest is 100%. Chance of an Epic equipment card in a Gold Chest is approximately 12%. To mitigate bad luck, a system exists to guarantee at least one Epic equipment card within every 10 Gold Chests.
(3) Chance of a Shiny equipment card in a Silver or Gold Chest is approximately 0.1% per equipment card.

Related:
A First Look at Dark Alliance Gameplay and the Verbeeg
D&D Strategy Game Idle Champions of the Forgotten Realms Out Now on Xbox One
Next Week on Xbox: New Games for December 11 to 14
Source 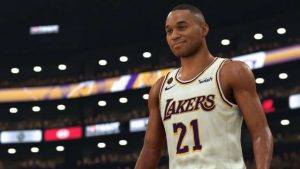 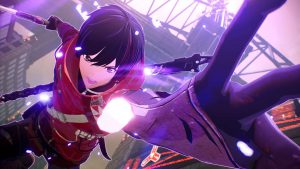 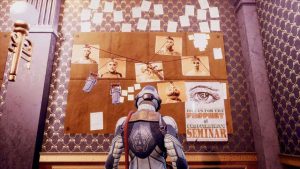