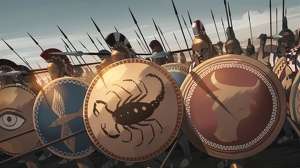 With less than a month to go until its April release, Sega has delayed Amplitude’s Humankind again – this time until 17th August.

The Civilization-esque 4X game was originally due to launch in 2020, before eventually being pushed back to early 2021.

Today, Amplitude released a video thanking fans for their feedback so far during the game’s beta-style OpenDev sessions – and for their further patience: