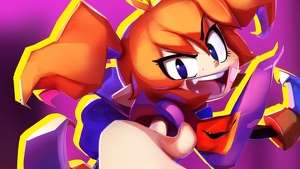 As detailed in today’s ID@Xbox Showcase, Demon Turf will be launching this summer on Steam, Nintendo Switch and Xbox.

Described as a “3D platformer with attitude”, you can try a free version, Demon Turf: Trials, on Steam right now. It contains two levels from the game, a tutorial, and a weekly trial.