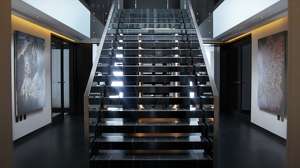 We’ve not heard much about Ninja Theory’s “metal terror” experience Project: Mara since its unveiling early last year, but now the Hellblade and Enslaved studio has offered a fresh glimpse, focussing on Mara’s meticulously rendered environments, as part of its latest developer video.

Previously, Ninja Theory described Project: Mara as a “experimental title that explores new ways of storytelling” built around a “real-world and grounded representation of mental terror”. Using “real lived experience accounts and in-depth research”, its aim is to recreate the “horrors of the mind as accurately and realistically as possible.”

Now, in its new developer video, Ninja Theory’s creative director Tameem Antoniades has detailed some of the processes the studio is adopting in order to capture that sense of realism for Project: Mara, and to deliver an experience that “doesn’t feel like a game and doesn’t feel like a movie [but is] something altogether different”.